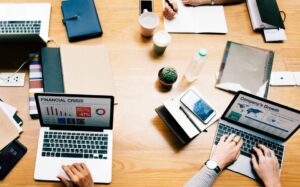 Why VC Is The Answer To Falling Returns?

After ten years of continuous growth, the tide is finally turning in the public equity markets. Hedge funds, family offices, and pension funds have all sailed the wave of superior returns since 2009, making it the second longest period of economic expansion and market performance in history. Significant fortunes have been made along the way and, despite all historical evidence to the contrary, it’s tempting to believe that the markets will continue to deliver.

But last year was a wake-up call, as economic and political uncertainty sparked the biggest losses since the financial crash. Recent figures have shown that pension funds saw an average fall of 6.2% in 2018, with less than one in ten funds generating positive returns for investors. And as we settle into 2019, commentators are now split between those who believe the dip was just a correction – and therefore signaling a good time to buy – and those who believe this is the beginning of a much more prolonged dry spell.

Jeremy Grantham, the long-time investor and head of asset management firm GMO, is one of a number of economists and institutions in the latter category, predicting negative returns in developed market equities for the next seven years. That’s right – seven! And more recently, the outspoken investor, John Hussman – who has form with stock market predictions – has come out saying that the market is still trading at the “most obscene valuations in market history”.

As investors get nervous, even cash is in favor again, with Bank of America Merrill Lynch’s January survey of fund manager allocations showing that boosting cash was one of the more popular trades in the latter part of 2018. But, unless you have impeccable timing, the risks of holding onto cash could mean you end up losing out in the long-run as a result.

So rather than stashing your cash under the mattress, it’s at times like this that venture capital comes into its own. While it might be considered an ‘alternative investment’, if we drill down to the basics of what an investment is – it’s a conscious decision to deploy capital in the expectation of a reasonable return. And, more than ever, VC is able to compete in the risk-return balance, by taking a thoughtful and analytical approach to committing capital to transformative businesses at reasonable valuations.