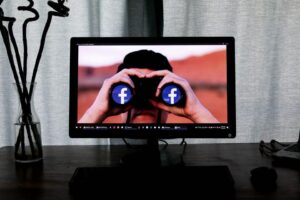 The European Commission (EC) has just released a report discussing how to limit the power of the global tech behemoths in Europe – and we all know who they’re talking about. Companies like Amazon, Google and Facebook have been busy gobbling up promising startups for years, successfully expanding their reach, skills and data pool, while snuffing out the competition at the same time.

Calling for rules to apply a “heightened degree of control of acquisitions of small start-ups by dominant platforms”, the EC recommends a number of ways regulations could combat the problem. Suggestions include a new test for deciding whether a merger or acquisition should be blocked, or alternatively reducing the threshold for deals that will be scrutinized by the regulator.

But is regulation the answer?

As the report’s authors accept, regulation is no panacea. As a VC operating in Europe, we would love to see the EU have its own category winners that don’t need to sell out to the international giants. But regulation is a double-edged sword, that could end up doing more harm to Europe’s startups, than good.

We cannot stop tech development, and it is only natural for the biggest and most well-funded companies to want to keep growing and innovating by buying market share, products, and people. And this ultimately has its benefits for us too, providing emerging EU businesses (and more mature ones in some cases) with platforms for expression and a route to market, via ready-made distribution and sales channels.

Currently, US companies provide EU entrepreneurs and VCs with the best possible exit scenarios, channeling funds into the ecosystem, encouraging repeat entrepreneurs and more smart money operating in the market.

The role of investment

Regulation also doesn’t get to the root of the problem, which is that to build EU companies that can compete on the world stage, we need more available growth capital and functional public markets that welcome ambitious startups.

Venture capital is still a relatively new and underdeveloped market in Europe, at least in comparison to the US, where pension funds and endowments have been heavily involved in the sector for decades. Their counterparts in the EU invest a tiny portion in comparison, hampering growth and the potential to build category winners.

The other issue is the IPO markets. While the US exchanges have decades of welcoming fast growing, cash-burning companies onto the exchanges, this has been almost frowned upon in Europe. While the US has Nasdaq to attract young and exciting companies, Europe has never managed to create and build a similar counterpart, with exchanges instead focusing on more established industries with more mature profiles. This has limited the deployment of public capital into exciting startups and meaningful disruption, further increasing the gulf between the US versus Europe when it comes to innovation and growth.

We certainly have the potential to compete. Europe as a whole incorporates more tech companies than the US, possesses five of the top 10 computer science schools, and produces more developers. But our tech entrepreneurs and innovators need big institutions, such as pension funds, endowments, and corporations, to become more comfortable investing in venture, to bump up fund sizes and spending clout.

Governments also have a part to play and we’re seeing the difference they can make, with recent funding initiatives from the British Business Bank and European Investment Fund. European Governments are realizing the strategic importance of a dynamic tech sector, for preventing local industries and jobs from being monopolized by another country and giving them greater control over their tax affairs and conduct.

We also need European start-up founders to step up and match the ambition of those in Silicon Valley. US businesses start with ready access to the world’s largest economy, immediately giving them a platform to build global champions. We need to see European founders expand abroad more quickly, increasing their addressable market size and consequently the amount of investment they’re able to attract.

The EC is right to shine a spotlight on the issue of digital competition and its recommendations are a step in the right direction. But regulation will only dampen the EU tech sector, by cutting off a valuable source of funding and support. Instead, the whole ecosystem must work together to encourage EU startups to go at it alone, rather than favoring acquisitions. That requires a culture change on the part of institutional investors, regulators – and founders themselves.