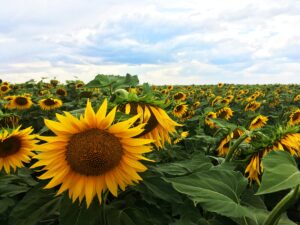 Geopolitical Tension And Market Uncertainty Will Not Diminish VC Aspirations

The worst of the pandemic may be behind us, but as the economic fallout from the war in Ukraine continues, there’s growing concern that this devastating – and likely protracted – conflict will hamper global growth prospects for a third successive year.

And while business headlines have been dominated by news of corporations and financial institutions cutting their ties with Russia and withdrawing from the region, some pundits are arguing that geopolitical risk poses an even bigger threat to the fortunes of the VC industry.

Certainly, the VC model is predicated upon fast growth and rapid scaling, which requires free-flowing finance and friction-free trade. Doubtless, many VCs have formal and informal ties with Russian founders and investors.

But can geopolitical tensions, economic sanctions and the current realignment of global capital really stop venture investment in its tracks?

Solving the world’s most pressing challenges

2021 saw record levels of both funding and exit activity within the European tech ecosystem. The number of VC-backed unicorns more than doubled; European VC-backed company valuations rose by more than 3x; so did the average value of the top VC funding rounds.

According to Goldman Sachs, the European digital economy has reached a tipping point and is narrowing the funding gap with North America and Asia – although it should be noted that US and Asian VCs are also expanding their footprints into Europe to take advantage of the lower valuations.

It’s an exciting time to be active within the European startup community. And while, in today’s interconnected global economy, practically all geopolitical issues will have a bearing on market performance, VCs and startups are accustomed to taking these challenges in their stride. Founders have already had to prove their resilience many times over to cope with the mass disruption caused by Covid-19.

At the same time, the pandemic helped to shine a light on many areas of business, commerce and industry where rapid and profound change is urgently needed. Fundamental problems in logistics and supply chains. Shortcomings in FMCG production and distribution. Gaping holes in cyber defences at both an organizational and an infrastructure level. And of course, escalating environmental, climate and sustainability challenges touching every aspect of our lives.

These issues require technology solutions, and tech innovation is faster and more efficient in the hands of nimble startups and entrepreneurs unencumbered by corporate baggage and bureaucracy. It is precisely why venture investment is so vital to our progress and development, and why the world cannot afford for the VC model to falter in light of the situation unfolding in Ukraine.

Enhanced due diligence across the VC community

The Russian business exodus has wide-ranging consequences for organizations of all shapes and sizes. Many promising Russian-founded startups will struggle to survive, while VCs backed by Russian investors could find themselves subject to intense scrutiny or frozen out altogether. Clearly, no European entrepreneurs want to inadvertently fund Russian State aggression – or indeed any other bad actor. Like the rest of the global business community, the VC world must get its house in order and ensure that any ‘tainted’ capital is expunged from the system.

In reality, these cases will be the exception, not the norm. The vast majority of established VCs are already highly discerning about who they onboard as investors. There are strict Know Your Customer and Anti-Money Laundering processes in place across the industry. Capital controls were universally tightened in the wake of the global financial crisis, and if one upshot of the Russian invasion is a further enhancement of investor due diligence, that can only be a good thing.

Similarly, with all Russian business relationships now under the microscope, more questions are inevitably being raised about the West’s relationship with China. As a result, many VCs are understandably concerned about taking on Chinese investment, or the impact of supply chain disruption on their portfolio companies should East/West tensions escalate.

But we should not over-exaggerate the extent to which VCs are implicated in, or impacted by, such debates. Much of the current conversation involves little more than rudimentary line-drawing to determine what we, in the West, are prepared to accept (or at least tolerate) to preserve free trade and protect our interests. For example, we’re saying no to oil and gas, but yes to precious metals. We’re unequivocal in our criticism of fast-food brands, but we’re prepared to acknowledge the complexity of the situation when it comes to pharma.

Truth be told, these are all highly nuanced issues that are tough to get right in our interdependent global economy. And of course, it’s important that all businesses and investors consider the moral and ethical dimensions of their activity. Ultimately, however, VCs are pragmatists, laser-focused on creating value by helping startups and entrepreneurs realize their potential. While the job description requires an element of political and macro-economic analysis, VCs still view emerging geopolitical issues predominantly in terms of the impact on their founders. If specific trade routes suddenly appear undesirable or untenable, the role of the VC is to problem solve, working with their portfolio companies to find viable alternative avenues to pursue.

The best entrepreneurs will find a way

We should not misread the temporary expulsion of Russia from the global economy as an indicator that the era of globalization and trade interconnectivity is coming to an end.

Trade routes will evolve in light of the crisis in Ukraine, as they have done continuously throughout history. New alliances will be formed while others decline.

The same is true within the VC world. Investment priorities may shift, fund structures may change, but with so many of the world’s most pressing challenges reliant upon tech innovation, venture investors’ appetite to support and enable entrepreneurialism will not be diminished by near-term geopolitical concerns.

Equally, the best entrepreneurs will always find a way to realize their goals. We’ve already seen this 1,000 times over during the pandemic. Indeed, with a huge contingent of young, talented Russian, Ukrainian and Belarussian tech workers currently migrating west at pace, the next few months could actually see a further strengthening of the European tech ecosystem.

Entrepreneurs come from all backgrounds and walks of life, and while direct trade ties with Russia may now be off-limits for the remainder of Putin’s time in charge, venture investors will not discriminate based on where a founder was born.

We need a concerted effort to support early-stage businesses

While the astonishing progress of the European tech ecosystem is unlikely to be derailed by the actions of a rogue dictator, many startups will nevertheless be facing a bumpy road over the next few months. They will need proactive support from their investors to understand precisely how the landscape is being reshaped and where strategic adjustments may be required.

Further, it is not the only headwind facing European startups. Macroeconomic conditions continue to worsen due to spiralling energy costs. Inflation and interest rates are on the rise. Tech stocks have taken a beating since the start of the year, causing private market repercussions in some verticals as investors look to de-risk their portfolios.

At the same time, while VC funding levels in Europe have reached record levels, ownership of Europe’s fast-growth businesses is increasingly being transferred to non-European investors. This is skewing the investment landscape towards later-stage investments and creating a funding gap amongst earlier-stage startups that needs plugging if we are to successfully nurture the next generation of European unicorns.

These are undoubtedly tricky conditions for founders to navigate, particularly those whose businesses are caught up in the Ukraine conflict. But they are far from insurmountable, providing founders have the right VC backing and support.

While it has become cliched, we know that new opportunities emerge from every crisis. And we know – because it has been proven time and time again – that the VC model presents the optimal way to address clear and urgent societal challenges at pace and scale. Right now, the world needs the venture investment accelerant more than ever.