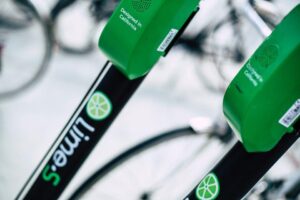 ESG Investing Isn’t The Only Way To Make An Impact

From driving a hybrid car to buying from ethical brands, or meticulously separating your recycling, we’re all thinking about how we can have a more positive impact on the world we live in. And it is no different with investors.

Recent research shows that more than one in three family offices now engages with sustainable–or Environmental, Social and Governance (ESG)–investing, with a view to putting their money into something “good.” This kind of “impact investing” is growing at a phenomenal pace, with over half of family offices planning to increase their sustainable investments over the next year.

But as I’ve argued previously, investing in specialist impact funds isn’t the only way of doing something meaningful with your money, as venture capital has long been making a positive impact in its own right. By its very nature, VC takes underutilized resources–capital and talent–and deploys them more productively, developing innovative solutions to solve real problems, helping to create jobs and wealth, while lowering prices and as a consequence boosting standards of living.

In many cases, we are seeing direct environmental benefits too, thanks to VC’s support for increased automation and the sharing economy. By unlocking underutilized assets, we reduce our reliance on natural resources and bring societal benefits at the same time. Ridesharing is a case in point, reducing cars on the road by maximizing the capacity of each vehicle, while massively lowering transport costs for consumers.

Here are three other examples of why it doesn’t have to be “ESG” to make an impact:

Electric scooters have faced their fair share of controversy in the last few months, but these kinds of micromobility inventions are about to transform how people get around—and the environmental impact they have in the process. Polluted cities such as London are desperate to reduce the amount of traffic on the roads, and despite the public’s attachment to their cars, the vast majority of trips taken are under two miles–even in the U.S., where distances are vast.

Few would argue that a car is really necessary for the majority of these short trips and VCs have spotted the opportunity, pouring billions into developing sustainable micromobility solutions, such as e-scooters and electric bikes, via companies such as Lime and Bird. The result is fewer cars on the road, less pollution, increased convenience and lower costs for consumers.

The pharmaceutical industry has been broken for a long time, which is holding back the vital work of treating disease and ultimately saving lives. Problems stem from the fact that developing drugs is extremely expensive, which means that the sector is dominated by a few big players, who are the only ones with the resources to plow into the R&D required. Pharmaceutical companies are incentivized through patents to guarantee a revenue stream. But this means the drugs end up being hugely expensive to the patient, as they have a monopoly on the market, and have to recoup costs from the lengthy and strenuous drug approval process.

This is now starting to change, thanks to VC investment in technologies that could speed up the R&D process, increase the rate of drug discovery and allow companies with fewer resources to participate in the market. An example would be the use of machine learning for “precision medicine,” which uses self-improving algorithms to better understand previously impossibly complex biochemical pathways and disease processes, to understand which drugs may best treat a particular condition.

Companies such as Sophia Genetics and PetaGene are already doing pioneering work in this area, and with further development, this kind of technology will be a game-changer, reducing the cost of drugs for treatable ailments, while speeding up the discovery of ways to fight some of the world’s biggest killers.

Billions of people still live outside of the financial system, even in developed countries. Meanwhile, things like investing and borrowing money have traditionally been the preserve of the elites; those with the right knowledge, access to financial advisers and sufficient funds to make the hefty fees worthwhile. In the U.K. for example, it is estimated that around 50% of the adult population is still underserved by financial institutions and 4.5 million were turned down for a financial product in the last two years.

However, VC investment in fintech has changed all that by democratizing financial services and making it easy for everybody to manage and make the most of their money. Anybody can now get a bank account via challenger banks such as Pockit, which doesn’t require the pile of documents required by traditional banks, while online budgeting tools mean people can keep track of their spending and learn to save more effectively. Investing has also been transformed, thanks to investment apps that mean anybody can start making the most of their cash, with as little or as much as they like, while avoiding exorbitant fees.

These kinds of developments might seem small, but together they make a huge difference, increasing standards of living and economic growth while freeing up and boosting funds that can be spent on everything from charity donations, to more ethical choices, or better healthcare–having a much wider benefit to society.

VCs can’t, of course, take all the credit for these innovations, which are the work of hugely talented and hard-working entrepreneurs. However, without VCs taking the risks and channeling underutilized funds into these talented individuals and their ideas, many of these businesses and new sectors wouldn’t get off the ground–or nowhere near as quickly. As many “ethical” funds have discovered, impact is a tricky thing to measure. But as VCs know, impact comes in many more forms–and from many more sources–than we might originally realize.