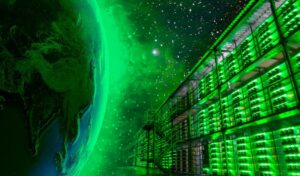 BITCOIN MITIGATES MANY OF THE PROBLEMS WITH RENEWABLES

Illiteracy is a peril of the trade for anyone working in the technology sector. New technologies tend to be met with resistance until they’re broadly understood, and sadly, policymakers and regulators are frequently guilty of the most egregious tech illiteracy — stopping innovation in its tracks while they play catch-up.

Every month there’s another facepalm-inducing moment. In January, it was the turn of Erik Thedéen, the vice-chair of the European Securities and Markets Authority, who used an interview with The Financial Times to call for an EU ban on all proof-of-work mining (the method by which new bitcoin is issued).

It’s the latest in a series of attacks on bitcoin mining by opponents who have failed to do their homework. Once you understand the role bitcoin mining plays in our current energy system, banning the practice starts to sound like a truly terrible idea.

IT ISN’T THE STATE’S JOB TO DICTATE ENERGY USAGE

Energy usage is synonymous with human flourishing, so it’s right that it’s a key focus for policymakers, such as Thedéen, looking to improve the lot of those they govern. However, in recent years the policy agenda has moved gradually away from finding ways to increase energy affordability and reliability, towards mitigating energy use. This latter position is fundamentally anti-humanist and comes at the price of improving human welfare by pushing energy prices up and down.

Furthermore, by attempting to dictate the precise terms of how people and companies should use energy, regulators and governments are being short-sighted, overlooking the value that innovative new technologies can offer. In fact, Bitcoin has a crucial role to play in enabling the transition toward renewable energy by mitigating many of the challenges that this transition presents.

THE TRANSITION TO RENEWABLES ISN’T STRAIGHTFORWARD

There are three main measures for evaluating the usefulness of different energy sources: reliability, abundance and cost. While renewable energy might be the world’s preferred option from an environmental perspective, it doesn’t perform particularly well against any of these criteria.

Firstly, while renewable energy is abundant, its variably spread across the world and much easier to harness in some locations than others.

Secondly, it’s intermittent. Power grids require a base load and a power source that provides continuous power. Energy systems that over-rely on renewable energy veer from insufficient power to too much power. The latter causes problematic power surges on the grid; the former forces nations to reintroduce fossil fuels into the mix, and at short notice.

Finally, renewable energy receives massive government subsidies to operate. Over time, with continued technological innovation, the cost of production will likely decrease. But, for the foreseeable future, renewable energy just raises the cost of energy to the populace, both in terms of higher energy bills and higher taxes.

BITCOIN MITIGATES MANY OF THE PROBLEMS WITH RENEWABLES

As the world’s energy grids attempt to transition toward renewable energy, bitcoin mining has a crucial role to play in making such an effort viable. Renewables, like solar and wind are unreliable, expensive sources of energy, but as the sun shines and the wind blows intermittently, bitcoin mining improves power grid resilience by being able to absorb excess power caused whenever there’s excess renewable production. It also incentivises additional production of renewables, thus driving down their overall cost of manufacture.

Mining bitcoin is energy-intensive. There is no debating this. But it is misguided to claim that it is diverting energy from other more worthwhile uses, when in reality, it acts as the energy buyer of last resort, an on-demand solution for harnessing energy when there’s over-production. Without bitcoin mining the surplus energy is wasted, and unprofitable projects stay as such.

Furthermore, in the scenario where too little energy is being produced by the grid at large, or by renewable projects in general, bitcoin miners are one of the few demand generators able to quickly shut down operations to help the grid cope, as they most recently did in Texas when winter storms placed additional pressure on the system. In this way, bitcoin mining can act as a built-in buffer. What EU policymakers are failing to grasp is that, assuming we wish to have an electrical grid not prone to outages or surges caused by renewables, bitcoin mining is essential.

Not only that, but because bitcoin mining is a revenue generator, it has the potential to make previously unviable renewable energy projects profitable. For example, there are thousands of geothermal energy sources in remote locations, far away from the nearest population centre and thus undeveloped by energy companies. Bitcoin mining creates a clear financial rationale for investing in these energy sources, monetising the operation from the moment energy is first generated. Such an incentive to invest in, develop and bring down the long-term cost of renewable energy products has never before existed outside of direct government intervention.

It’s high time we changed policymaker perceptions about the value bitcoin is bringing to the table. Most states continue to view it with suspicion or outright disdain, with El Salvador being the exception. And while it’s understandable why a state or an economic bloc such as the EU might be afraid of a technology controlled by no one, to see influential regulators — whose role should be to ensure the proper functioning of markets perpetuating an incorrect understanding of their market and Bitcoin — is deeply concerning.

Bitcoin is a perfect and poetic illustration of why energy usage and human flourishing go hand-in-hand. Yes, bitcoin mining requires a lot of energy, but it also protects our energy system and incentivises investment in renewable energy. Moreover, it’s a great example of how intelligently-designed technology can perfectly align profitability with positive societal change — a point that policymakers would do well to comprehend.