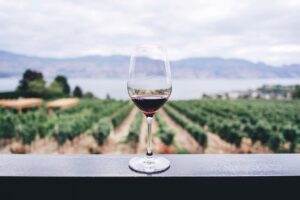 A Superior Vintage in the Making

A few weeks ago, Bret Gerstner from Altimeter shared a stunning graph on the expectations vs. returns of  Venture Capital vintages over the past 20 years. For Limited Partners (LPs),  DPI is the real tangible money-on-money multiple an LP receives from their investment (i.e. reality), whereas TVPI is an indication of the paper value of the portfolio (expectation).

The aim of the game is to simultaneously get high multiples on both, whilst landing the blue bar as close as you can to the grey bar.

It’s a little too soon to draw a conclusion on anything from 2013 onwards as VC funds have, on average, a 10-year horizon in which to invest capital and distribute gains back to LPs. Making the 2011 and 2012 vintages the latest to come to maturity. Whilst their DPIs were above average, they are also the vintages in which DPI and TVPI have the largest delta, i.e. reality diverging from expectations. On the other hand, 1997, 2007, 2008, 2009. 2010 were strong vintages where the expectation was close to reality.

So what makes for an outstanding vintage? Here are our 4 key ingredients, which we will unpack below:

If the health of the venture capital sector is measured by volumes invested, then 2022 was not a banner year. Figures show that funding levels are down almost everywhere, and this is especially true at the late stage, which saw a 40% quarter-over-quarter and 63% year-over-year drop in Q2.

It’s not difficult to see why. Overvalued companies, Covid-driven business models struggling to sustain growth, supply chains in disarray, rising inflation, and public markets that are now ‘closed’ to new IPOs dominated the first half of 2022. With rising interest rates and credit tightening, the outlook is bleaker than anyone expected for a Covid-recovery economy. The resulting slump is the start of what we might call a multi-year correction, with many spillover effects and a general lack of confidence.

But when it comes to venture capital, big-ticket rounds and top-line funding figures aren’t the only way to measure health and opportunity. Market factors are not great, but on the plus side, sanity is coming back to valuations, with 30x multiples in certain software companies falling to a much more reasonable 8-12x in the last few months.

Furthermore, early-stage funding has been less affected than later stages, indicating that entrepreneurs are still hard at work building exciting new businesses. In fact, more money was invested in seed-stage deals in the first half of 2022 than in the same period the previous year. So it’s not all doom and gloom, and there are several reasons why investments made during this time period could turn out to be a legendary vintage.

While the financial pages may appear frightening, this has no bearing on the macro trends that are driving the best business ideas. Digital transformation is still taking place across the board and will not come to a halt simply because market sentiment has shifted. In most industries, greater efficiency can only be achieved through technology and automation, and many legacy businesses are being transformed across the entire value chain by digital technology’s capabilities.

Similarly, the enormous global problems that we face will not go away, and technology will continue to be the best solution. From building more efficient and sustainable energy networks and manufacturing processes to providing cutting-edge healthcare and ensuring equitable access to basic financial services, smart entrepreneurs and startups have no shortage of challenges to tackle in the pursuit of building a better world – and world-leading companies.

Furthermore, previous downturns have shown that as consumer confidence falls, difficult periods force entrepreneurs to be laser-focused on the real problems rather than tinkering around the edges. There is a well-known statistic that half of the Fortune 500 was founded during a downturn, and the list of crisis alumni is impressive, including GE, founded by Thomas Edison in 1876 during a global recession, Microsoft in 1975 during stagflation in the United States, and LinkedIn in 2002 during the dot-com bubble.

Here are some more household names that were all founded during a recession:

Tough times breed resilience, giving birth to businesses that have survived and thrived in the face of adversity. Similarly, historically, the best vintage returns have been obtained by investing during previous bear markets.

Could a recession be a blessing in disguise?

During Covid, we saw how a crisis can act as a catalyst for creativity and innovation, highlighting flaws and problems that can only be addressed primarily through technology. Similarly, the recession may actually help many businesses succeed by instilling resilience and forcing them to become more capital efficient. We are witnessing a renewed emphasis on the fundamentals of healthy, sustainable business growth, as opposed to the ‘growth at any cost’ mentality that has taken hold in recent years.

As others are discouraged from starting up or taking unnecessary risks, the current crop of startups may face less competition. The war for talent is also less intense as more established businesses lay off employees, increasing access to top talent and relieving pressure on compensation levels. Reduced costs, combined with the potential for better deals when negotiating office space, subscriptions, and other overheads, could all help propel businesses forward.

Above all, adversity can be a powerful motivator, and for true entrepreneurs, the ability to take and endure risk is what distinguishes them from the rest of the population; a little economic turbulence is unlikely to deter them from their mission. Similarly, the best venture capitalists are adept at identifying and nurturing these recession-proof entrepreneurs.

Rise of the Activist Venture investor

It is not only the best entrepreneurs who rise to the top during difficult times; the same can be said for venture capitalists. Money is only one component of assisting early-stage companies, which also require hands-on assistance in the form of mentoring, access to networks, and guidance on best practices and successful scaling despite market headwinds.

This broad support is especially important during a recession to ensure that businesses are running efficiently, focusing on key business principles, KPIs, and developing a clear path to profit. Obsession with growth, growth, growth will not work as belts tighten. VCs with prior downturn experience are likely to have an advantage, as many of today’s generation has never experienced a prolonged downturn.

Superior vintage in the making

History has repeatedly demonstrated that downturns are typically brief and followed by a longer period of growth than the period of recession. Great companies emerge during these difficult times by successfully capitalizing on the opportunities presented, having the right focus, bringing in the right talent, and executing well.

Lower valuations, a more capital-efficient environment, highly resilient and determined entrepreneurs, and the potential for stronger relationships with founders and their teams are all ingredients for a venture fund to back, support, and create great companies. To take advantage of these conditions, venture investors must use all of their experience, networks, and intuition to identify the entrepreneurs who will succeed and build companies that will become industry leaders.

Firms that respond positively to the current downturn will have a disproportionate impact when markets reopen. It’s time to be greedy when others are cutting back, and to be brave when others are fleeing for the hills.