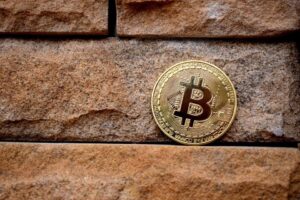 Despite The Crypto Dip, Bitcoin Infrastructure Startups Are Ripe For Development

Bitcoin investors have been hiding behind the sofa for the first half of 2022, as they’ve seen the cryptocurrency fall 70% since its all-time high of an eye-watering $68,990.90 last November. And while brave investors and bitcoin fans have been ‘buying the dip’, the dramatic drop will no doubt have scared off many more traditional investors, who may be wondering whether the long-predicted crypto implosion has finally arrived.

But, while bitcoin’s potential for fast rewards may temporarily be in question, don’t write off the digital currency just yet. Many of the most exciting bitcoin opportunities are only in their infancy, with an exciting wave of startups coming through, which are leveraging its unique properties for a range of products and services, while building the foundations for an entirely new financial system. For VCs and LPs, it is a chance to get in on these innovative businesses while the market is off the boil.

Venture capital firms have plowed billions of dollars into crypto startups in recent years, however, their scattergun approach betrays a lack of in-depth expertise and a lack of certainty about the likely winners to emerge. But amidst all the noise, bitcoin has always stood out from the crypto crowd. It is well-established and widely traded – with both corporate and sovereign adoption now beckoning. Notwithstanding the current dip, it has proven itself to be stable, secure, and technologically unique, over a prolonged period.

As Andrew Howard, Chief Business Development Officer at bitcoin brokerage firm Bitcoin Reserve, puts it, “Bitcoin is honest money. It is the most moral monetary system we have.”

And while bitcoin still represents a compelling asset class for LPs looking to diversify into crypto – particularly now prices are depressed – perhaps the most significant investment opportunity lies elsewhere: building the infrastructure needed to establish bitcoin as the monetary protocol for the entire planet.

The internet of money

According to Howard, “The more users a network has, the more valuable it is, and there’s a clear parallel between bitcoin, the monetary protocol, and TCP/IP, the internet protocol. TCP/IP was created in the 70s, battled in the ‘protocol wars’ during the 80s, and clearly had the winning network effect in the 90s, rendering its competitors obsolete. The Internet community was nimble – able to develop in months what took the Open-Source Initiative years – but it scared off some potential adopters because nobody seemed ‘in charge.’ Even more so, absolutely nobody is in charge of bitcoin. Bitcoin is the TCP/IP of money.”

Bitcoin’s core design has been set in stone from day one. It is available as open-source code for all to see, with no central power overseeing its development or manipulating monetary policy. Its scarcity cannot be replicated, helping it to retain its value over time, while it is also substantially more robust and more secure than many of its peers, thanks to its decentralized nature.

But to become the monetary protocol for everything requires one further feature – the ability to determine who owns what and when, precisely, and uncontestably. Again, bitcoin’s immutable ledger stands alone in this respect. It’s a one-of-a-kind technology capable of establishing time flow (and thus, the transfer of value) in the digital realm.

As a monetary protocol, bitcoin allows us to transmit value anywhere in the world at the speed of light, in a permissionless fashion, and for a negligible cost. From rearchitecting how governments make payments to allowing web creators to reclaim ownership of their content and IP, the potential applications are already vast and likely extend well beyond the current limits of our imagination.

One great illustration of startup activity already underway in this space is impervious.ai, which is building a data transfer layer on top of bitcoin that will enable censorship-resistant p2p data flows – a panacea for the wealth of issues pertaining to consumer privacy, data security, censorship, and surveillance. Another is Bolt.observer, which builds tools to allow individuals and institutions to profitably interact with the Lightning Network paving the way for a raft of use-cases in the future.

To make such applications a reality requires significant investment in bitcoin infrastructure, including scaling the ‘lightning network’ necessary to allow bitcoin to be used for everyday financial transactions – no easy task. A high degree of technical expertise is required to architect and scale the network in a commercially viable way, and this in turn means startups need the budgets to be able to recruit the very best developers and engineers.

Many other potential applications will themselves require additional protocols to be developed on top of bitcoin, in much the same way that TCP/IP gave rise to the IMAP, STMP, and POP protocols that serve as the foundation for email. Bitcoin’s transformative potential will only be realized if the startups responsible for developing highly complex bitcoin infrastructure receive the early-stage financial backing they need.

The chance to affect once-in-a-generation change

Founders operating in this space require patient capital, from VCs, family offices, successful entrepreneurs, and other high-net-worth individuals with a passion for innovation. These investors are in it for the long game and know that success will not only deliver outsized financial returns but, more importantly, enable transformational macroeconomic and societal change.

And, as the past decade of bitcoin development has proven, infrastructure startups are set to meet with hefty resistance en route – from payment providers, the financial and political elite, and anyone with a vested interest in maintaining the status quo. Founders will need to tap into a wide range of expertise to clear these hurdles, and the presence of VCs and LPs with a wealth of multi-generational sector experience would be very welcome at the Board table.

But as ever with venture investing, only a handful of startups in the space will go on to realize their full potential. With so much noise enveloping the category, picking winners requires a strong understanding of the technology – its real-world application and commercial viability – and the ability to tap into relevant professional networks to unearth the early-stage bitcoin businesses with the strongest foundations and prospects. For this, there is a growing network of specialist funds working to plug the early-stage funding gap in bitcoin infrastructure development – which includes our spin-off fund, TimeChain.

Now is the time to invest in Bitcoin infrastructure

Such is the current level of crypto confusion and misallocation of resources across the VC world that many high-potential bitcoin startup valuations are under-priced, presenting an attractive opportunity for LPs looking to make a move into infrastructure investment.

Bitcoin certainly offers us an opportunity to rearchitect many aspects of our monetary system more efficiently and equitably. And for LPs, investing in long-term bitcoin infrastructure projects could be the perfect bridge to the crypto category, granting them exposure to the crypto world in a context that still feels inherently familiar and inherently rewarding.