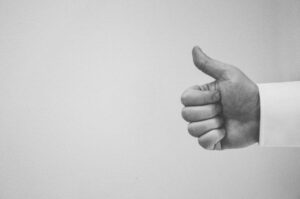 Why “No” Is The Hardest Word For VCs, And How To Boost Your Chances Of A “Yes”

If you’re an early-stage founder looking for a cash injection to grow, then no doubt you’ll soon be out pitching to VCs. Entrepreneurs can spend a huge chunk of their first few years in business sourcing investment, by tracking down and wooing lots of people like me. And for the uninitiated, the VC industry can seem shrouded in a kind of mystique. Sometimes it feels like there’s no rhyme nor reason why a VC says “yes” to some startups and “no” to others, making the process all the more frustrating, if things aren’t going your way.

But if it provides any consolation, it’s often as hard for VCs to say “no” as it is for founders to hear it. VC investment is an inexact science. Working out which companies will be the next big thing can’t be distilled down to a simple formula, or a list of tick-boxes. Right now, the startup sector is extremely diverse, thanks to a host of emerging technologies which, when matched with the right people, can be hugely powerful. Talented entrepreneurs from all walks of life are out there solving any problem you can imagine (and some you can’t), which makes picking the winners even harder.

Why sometimes it has to be a “no”

VCs are overwhelmed with approaches so it’s a job in itself to just manage the pipeline of opportunities we have coming through. VCs value relationships so cold approaches are usually less successful than if a founder is introduced through a mutual contact. And naturally, we prioritise businesses that fit with our market knowledge, our skills and the stage we focus on. Any generic pitches that look like they’ve been sent out in bulk to every VC are almost always non-starters.

Those who make it over the initial hurdles are taken through a funnel towards potential investment, which sometimes can last as long as 12 or 18 months. When assessing companies, we come at it from two angles. At the fundamental level, we have to get into the data and analyse the company offering and the market opportunity. As experienced VCs, we also rely on our gut feel and knack for what could work and succeed. But alongside that, it’s also vital to look at the qualities of the founding team, to see whether they are people we can work with. If the chemistry isn’t right, that’s an issue.

Another key factor is timing, which is critical but harder to control. Founders may have better luck with funds early on in their investment cycle, when the VCs have more capital, and when they have less going on with their existing portfolio of companies and other deals. Knowing when the best time isn’t easy of course, and there’s never going to be a ‘perfect time,’ but understanding the factors involved at least helps to explain why sometimes it doesn’t work out.

Fear of missing out

As you would imagine, the further we move down the funnel and the longer we’ve spent building up a relationship with founders, the harder saying “no” becomes. VCs are hugely susceptible to FOMO, constantly wondering whether we’ve just rejected the next Uber or AirBnb. Many VCs continue to follow companies after a “no” for this reason. However, we also have enormous respect for any entrepreneur, for the risks they take and the effort they put in for their idea and will thus be careful not to take up their time unnecessarily.

When we do say “no” at a later stage, we do so very reluctantly. If we don’t have total conviction in the deal, whether that’s down to chemistry between us and the founders, their responsiveness to requests for information, or issues and inaccuracies raised in our due diligence process. But it’s never an easy decision to make.

How to boost your chance of a “yes”

There are a few ways that founders can maximise their chance of success with VCs:

– Before making an approach, consider which firms are the best fit for your business, based on expertise, past investments, funding stage and geography.

– Focus on building relationships and find out what makes us tick. If we do invest, we’re going to be together for a long time, so it’s better to make sure we get on.

– Make contact early and keep us posted along the way – even if that means a three-bullet point update every two months. Make us feel “part of a journey”, even before we’ve invested.

– VCs hate surprises, so be honest about any challenges you’re facing. If you don’t, we will find out eventually.

– Tell us a story that makes us excited. Captivate us. If we like you, we’re more likely to invest in you.

Nobody likes to be turned down or told: “you’re not good enough.”

But if it is a ‘no’ first time round, that doesn’t mean it’s an eternal ‘no’. The best founders always find ways of using an initial rejection to address any issues, improve aspects that can make a difference and take a proactive and constructive approach to building an even better company. Plenty of businesses have gone from multiple ‘nos’ to becoming successful businesses and brands, so take it as a valuable learning experience and keep going.