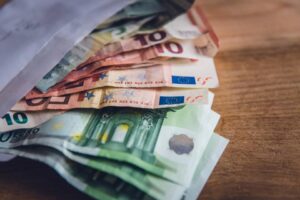 Venture Debt: Is It A Loan? Is It Equity? Is It An Opportunity?

Venture Capital is usually the default option for fast-growth startups looking for a cash injection, thanks to our willingness to take risks in return for equity, and with no need to pay anything back – at least not until you’ve made it big. But in recent years, a new type of financing has started to come to the fore, to complement the tried and tested VC approach: venture debt.

Venture debt, along with combined debt and equity deals, has quietly become an integral part of the capital structure of big names, such as Spotify, Airbnb and Uber, as a way to fuel their impressive growth trajectories. Another more recent example is the ride-hailing startup, Bolt, which just last month announced a £50m venture debt deal from the European Investment Bank.

But, despite these high-profile endorsements, many startups, especially here in Europe, are unaware of the benefits venture debt can offer them, and why they might choose it over the purely VC route. According to Silicon Valley Bank, venture debt still only makes up 5% of the entire venture financing market in Europe, compared to 15% in the US – leaving plenty of room for growth.

Venture debt is a type of loan that enables startup founders to source cash in between equity rounds, to supplement equity financing, or to finance specific opportunities. And while it isn’t a new idea – it originally emerged in the US in the 1970s – it has come into its own thanks to low-interest rates, and growing demand for a way to ‘top-up’ VC rounds, without going through the process of setting a valuation or diluting equity or control for existing shareholders.

“Venture debt can be a useful way to complement equity,” says Craig Netterfield, Managing Partner at Columbia Lake Partners, a European venture debt provider. “We can close a round quickly and have a lighter touch to due diligence and board governance (we don’t take a board seat and typically don’t even ask to be an observer). We can fund ‘in-between’ sizes – rounds where the capital needed is too small to interest a new investor coming in as the lead. In these cases, the company benefits from not drawing from the equity reserves of its current investors.”

Indeed, speed is a big factor for a lot of startups who opt for this form of finance. As Justin Fitzpatrick, CEO of Duedil, a business intelligence startup which has used venture debt in the past, explains: “The main advantages were that it was fairly quick – four to six weeks in total – and non-dilutive to existing shareholders. It’s been a valuable add on to help us finance our business growth.”

WHEN IS IT USEFUL?

There are numerous situations when venture debt is likely to be a better option than going through an equity funding round. For instance, it can help startups to extend the runway on their current funding, to reach important milestones while preventing the need for a time-consuming bridge round. It can be useful as an insurance policy, or ‘safety blanket’ to provide a buffer against certain risks, or as a way to finance opportunities, such as acquisitions or big capital expenditures. It can also play a crucial role in helping startups to reach profitability, rather than focusing solely on growth, as can be the case with VC raises.

“Venture debt providers are looking at the viability of the business over the term of the loan which is completely different to the VC angle,” says James Jenkins-Yates, CEO of Houst, the hosting startup, which has recently raised venture debt. “VCs want you to spend it all immediately, whereas, when it’s a loan, the provider would rather you didn’t spend anything. So, you can use it for getting towards profitability, which is not generally what you would use venture capital for.”

GETTING IT RIGHT: TIMING

The key difference between venture debt and venture capital is, of course, that you have to pay it back and, for this reason, Fitzpatrick says that the timing of taking out a loan is critical. “My advice would be to consider venture debt as a tool to help fund growth once you have some predictability in your business. It’s often best to look at layering on at the time of an equity round,” he says.

Netterfield agrees that having the backing of investors is an important component of whether venture debt is the right choice. “Venture debt can be a useful complement to equity but is not a replacement. If a company is unable to raise equity, it should not take debt. We see companies that are burning cash but have equity investors who can’t or won’t continue funding. Companies who borrow at this stage are unlikely to succeed.”

Alongside VC backers, providers will look for other characteristics when looking to lend, including a minimum revenue of around £2m – although this can be lower on occasion, depending on the debt quantum. They can also take intellectual property into account, in the form of patents, patents pending or proprietary software. A recurring business model is also an important component, as can the type of business and its cash flow needs.

Stephanie Heller, Managing Partner of venture debt fund, Bootstrap Europe, says that a strong growth trajectory is another big factor in assessing whether debt is the right choice. “Most successful companies will look into venture debt because they can see that they are growing much faster, and they know that it would be better to get further investment in 18 months and get it at a higher valuation. If I was a founder, I would not use venture debt unless you have a huge value increase coming in.”

GETTING IT RIGHT: PLANNING

The fact that you have to repay the loan also requires a change of mindset on the part of startup founders, so that they can ensure they will have the necessary funds to cover these repayments for the full-term, whether they choose to do that through cashflow, equity capital or a restructure of some kind down the line.

“You have to pay it back over five years, which of course you don’t when it comes to equity fundraising,” says Jenkins-Yates. “You have to look at the financial planning more and look at the burn rates and think about how you’re going to accommodate that loan repayment. You need to ensure that the ROI of any investments you make is within the next three years, rather than longer-term, otherwise you’re not going to be able to pay that money back.”

This is particularly the case with so-called ‘bullet loans’, which amortize in one go after a certain time period, says Heller. “If you don’t amortize the loan, as in the case of a bullet loan – something we don’t provide – then you need to be very, very successful to be able to refinance it. You’ll never find a VC that’s going to give you half the money that they’re putting into a company to reimburse a full loan. You have a wall of cash that you have to reimburse in one day.”

GETTING IT RIGHT: THE FINE PRINT

Finally, as with any loan, there are a whole host of options for how venture debt can be structured, and numerous hidden costs that businesses should watch out for, which lenders use to offset the risks. For example, deals can include covenants, which are requirements that you have to stick to during the term of the loan and which can put limitations on the business.

“Covenants can give you aspects of less flexibility, for example when it comes to cash covenants, that you have to keep a certain amount of cash, or your revenue has to be over a certain amount,” explains Jenkins-Yates. “These can create incentives that aren’t necessarily in the long-term interests of the business.”

Warrants are another popular feature, which effectively give the lender an equity element to the deal, usually if your business grows over a certain size. So, if you end up becoming the next Uber, your venture debt lender will get a nice cut out of it, and the overall cost of the loan will increase as a result. Founders should consider these kinds of conditions, as well as any fees and, of course, the interest rates offered, carefully when they are weighing up their options – and be ready to negotiate.

“If you have a CFO or someone else in your team from a corporate or structured finance background then great, if not, get someone to advise you and take the hit on fees to negotiate the best deal,” advises Jamie Ward, CEO of Hussle, the fitness marketplace, which has also taken advantage of venture debt as part of its growth strategy.

Finally, as with VC investors, the whole process will be easier if you find the right partner, so that you can work through any issues that might arise. “You want to work with people who are supportive and won’t misbehave if things don’t go well,” says Heller. “You need to make sure that you’re comfortable with them, as much as you would do if you took an equity investor, just in case things don’t go well.”

Venture debt offers some attractive advantages to established startups with strong fundamentals, enabling them to raise more funds, even while burning venture cash. While debt will never replace VCs and doesn’t offer many of the advantages that we can around partnership, advice and access to networks, in some cases that isn’t what is needed. Ultimately, it’s about assessing what is best for the business at a particular moment in its growth – and venture debt is an important part of that conversation.

As Ward points out: “Money is money… The advantage of debt is less dilution for shareholders and the disadvantage is increasing the burn rate on repayments. For us, it was really down to the stage of business and what type of funding would create the best shareholder value, with risks considered.”