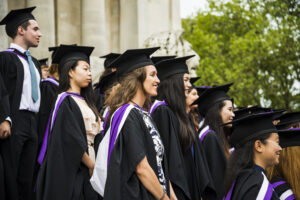 Universities – bastions of innovation or no longer fit for purpose?

Universities have been the fulcrum of our society for centuries. They have set cultural direction, uncovered great scientific advances, educated and enlightened many generations of lawmakers and policymakers. But as our society faces up to tackling potentially the biggest global recession since the Great Depression, just how well placed are these traditional institutions to help us reignite economic growth?

It’s increasingly obvious that Covid-19 will have significant consequences across society, and universities are no exception. With a two-year wait likely before there is a readily accessible vaccine and the inevitability of increased airport checks to control for biological hazards going forward, the friction introduced will mean a reduction in international travel. Many overseas students will be physically unable to return to their universities, or will no longer be able to afford the costs involved. A drop in the number of overseas students, who pay significantly more than domestic students and upon whom universities rely for a significant proportion of their revenue, will result in an immediate revenue crunch. Worried about their future, many of these institutions are now calling on the Government to help plug this shortfall.

However, while government bailouts may provide short term relief they are not the final solution as these negative headwinds will persist. It’s crunch time for universities. The sad truth is that many have become bloated institutions, charging exorbitant fees that even pre-COVID, were increasingly difficult to justify. A university education is no longer synonymous with a larger salary or access to high-skilled job opportunities and yet fees have continued to rise. Many students today will never manage to repay the cost of their university education, the very definition of a bubble. The necessity of lockdown has led many students to the accelerated realization that online learning is just as effective as physically attending lectures with tutors who otherwise grant them precious little personal attention. The realization that learning can all be done online from the other side of the world, with lectures that are pre-recorded – or increasingly, via interactive e-learning tools – begs the question of why students are paying so much in tuition fees?

In the UK, almost one third of graduates end up in roles for which they are overeducated. In the US, 41% of graduates go from college into roles that don’t even require a degree. When viewed in this light, university doesn’t look like such a good investment from a student perspective; the data clearly suggests that employers do not value the degrees which they have obtained, leaving them little hope of paying off the vast debts they have accrued.

We need to re-evaluate the roles of these institutions: what are universities for and why have they been failing to deliver value – both to their students and to society at large? After all, despite record sums of money pouring into universities from governments and students, the progress of scientific discovery and innovation has slowed. The original raison d’etre for universities, to push forward the boundaries of human achievement, often through science, no longer holds.

This is a significant concern. Take the tech sector, for example. More or less all modern technologies can be traced back to breakthroughs in theoretical physics that occurred at least 50 years ago. While the tech sector has built on these breakthroughs to drive further innovation, in the meantime universities have achieved precious little of scientific note.

The reasons for this lack of scientific progress are many. First, in stark contrast to the tech sector which has actively encouraged cross-collaboration between disciplines, this mode of thinking is nearly non-existent within academia, where specialization is rewarded and pursued with religious zeal. This focus on specialization combined with an obsession on citation in scientific and academic journals as the pinnacle of success has created an unhelpful feedback loop. Those disciplines with more specialists and a greater number of students get more attention, so more is written and published on their subjects, and more students join those departments, while a breadth of potentially transformative scientific research in under researched areas continues unnoticed. Finally, the grant system is broken and short-sighted. It is predicated on the ability to compose a well-written application rather than on the outputs of the research and how they can be tied to commercial and practical objectives in the foreseeable future. If JJ Thompson had to foresee the commercial impact of the discovery of the electron in order to obtain a grant before commencing his seminal work, we’d still be lighting our homes with candles.

While the lack of cross-collaboration, focus on specialisation and a bureaucratic grant system has certainly hindered progress, a cultural and moral rot within our universities is just as significant. Harvard and Yale are under investigation by US Authorities for failing to report $6.5bn in foreign funding from China and Saudi Arabia. A WSJ report stated ‘officials accused schools of actively soliciting money from foreign governments, companies and nationals known to be hostile to the U.S. and … in search of opportunities to steal research’. The irony is delicious, given our higher institutions’ tendency to focus on correcting perceived social injustices through fruitless and divisive pursuits like ‘gender studies’. Berkeley for example, rejected 76% of qualified applications for teaching positions, based solely on how ‘convincing their plans to spread diversity were’. As Zhang Weiwei, Professor of International Relations at Fudan University, points out when discussing the differences between Chinese and Western civilizations, the Chinese ‘seek truth from facts’ whereas, in the West, it is more important to be politically correct than to accurately ‘grasp reality’. No wonder we’re being left behind.

As Venture Capitalists, we are overtly concerned with the rate of innovation. And not only out of self-interest, we fundamentally believe that a healthy society is a dynamic one that is constantly bringing new ideas to market. Without scientific breakthroughs or indeed students that have been trained in skills that employers will find valuable, startups will not have the fuel to continue to disrupt the status quo and bring the benefits so many of us enjoy. Society needs to ask, what role do our universities have to play in a modern society? Or, do we need new institutions fit and capable of educating the young and driving forward scientific achievement? If nothing else, look at the costs. A significant driver of price inflation in the economy is education and coupled with healthcare, will eat the economy if they are not checked. Given the lack of return, this cost burden is unjustifiable.