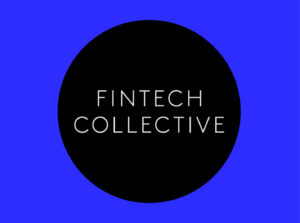 FinTech Collective, a venture capital firm focused on creating the future of financial services by investing across traditional fintech and emerging digital assets, today announced fundraises for its existing early-stage strategy and for its new strategy focused on decentralized finance (DeFi). FinTech Collective raised a combined $250 million in capital across the two strategies, bringing the firm’s total assets under management (AUM) to over $500 million.

FinTech Collective backs entrepreneurs rewiring how money moves through the world and invests thematically and across capital markets, wealth and asset management, banking-lending-payments, and insurance.

The firm raised $200 million to focus on early-stage investments as well as $50 million focused on open-source, composable financial protocols and applications being built on smart-contracting platforms such as Ethereum. The DeFi strategy will invest across the breadth of opportunities emerging in the decentralized finance space – including both equity and liquid tokens.

Founded in 2012, FinTech Collective is led by Managing Partners Brooks Gibbins and Gareth Jones, who have worked together for more than two decades as entrepreneurs and operators in the fintech space, having built and sold four businesses for proceeds of more than $1.5 billion.

FinTech Collective invests globally and has 53 companies operating in the United States, Latin America, the UK/Europe, and Africa.

The firm’s notable exits include Quovo to Plaid, Reorg Research to Warburg Pincus, and MoneyLion, which announced it will go public through a merger with the SPAC Fusion Acquisition Corp. in a $2.9 billion deal.

In FinTech Collective’s current portfolios, 20% of the investments are blockchain and DeFi, including five fintech unicorns, which are valued at more than a billion dollars. The firm’s “hit rate” (companies that are still active) currently stands at 96%, which is notable for the fact that two-thirds of those initial investments were into pre-revenue companies.

FinTech Collective’s limited partners include some of the largest and most well-respected institutional asset managers in the world, including The State of Wisconsin Investment Board, The Teachers’ Retirement System of the State of Illinois, Greenspring Associates, and StepStone Group. New limited partners additionally include some of the most experienced institutional crypto investors in the US and Europe, including DRW and Alan Howard.

“FinTech Collective was among the first venture capital firms to recognize the fintech opportunity resulting from the global financial crisis, which served as a catalyst to unlock a generation of innovation in financial services,” Gibbins said. “We believe the next 30 years represent an unprecedented period when every facet of financial services will be deconstructed and reconstructed, and our deep global roots, particularly in the New York and European ecosystems, allows us to take advantage of this tremendous opportunity.”

“We partner with exceptional entrepreneurs by providing deep fintech and operating expertise and capital to those who share our vision for reshaping the future of the markets,” Jones said. “As one of the few truly global fintech investors, we see massive opportunities taking shape over the next decade, including the continued development of the digital assets landscape, where a new monetary system, method of transaction, and digital store of value is being established. We anticipate the convergence of traditional finance and DeFi, which is a particularly exciting space for us right now.”

The COVID-19 pandemic has served as a catalyst for the acceleration of such market opportunities as major fintech firms have almost doubled their market value in the past year alone. Just looking at consumer adoption, mobile-banking traffic has risen 85% and online-banking registrations climbed 200% over the last twelve months. Despite the phenomenal growth, there is still so much room to run with conventional banks still representing 72% of the global banking and payments industry’s total market value.

To take advantage of this accelerating, secular shift, FinTech Collective will focus on three key themes: the accelerating shift to digital in traditional finance, the rise of the next several billion consumers into a spending middle class in emerging markets, and the scaling of the digital assets ecosystem.