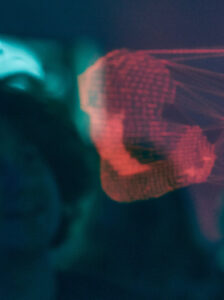 Gamestop saga is a good argument for the possibilities of crypto

Alex Mann, for City AM

As Gamestop stock fell back to earth after a precipitous rise, it marked an end to the biggest short squeeze in 25 years, which for a time transferred substantial wealth from Wall Street to Main Street.

But the saga has left a lasting legacy in the markets, exposing how current financial ecosystems are fundamentally skewed in favour of large institutions. It has also made the best case yet for why cryptocurrency is the future of finance.

The circumstances of Gamestop’s stock rollercoaster are now well publicised. Identifying that hedge funds had shorted more shares in the company than physically existed, retail investors spotted an opportunity to beat Wall Street at its own game, buoying the stock price, and costing shorts billions of dollars in the process.

However, the party was halted early when Robinhood, an app whose supposed purpose is to democratize investing, shut off the ability of retail investors to buy Gamestop and only allowed them to sell. Meanwhile, larger players could buy, sell, access a wider range of financial instruments, and could trade out of hours.

Whatever Robinhood’s reasons, it brought back uncomfortable memories of bank bailouts and unemployment queues in the dark days of the financial crisis.

But patience with this set up is starting to wear thin, as forums such as Reddit’s WallStreetBets – where the Gamestop short squeeze was primarily orchestrated – drive increased awareness of the inequality that is baked into the financial system, and give retail investors the combined power to demand a fairer way of doing things. As a rival financial system that is not controlled by governments and large financial institutions, crypto is emerging as a viable alternative.

Having gone unnoticed by the mainstream until relatively recently, the crypto community has spent the last 10 years building a parallel, decentralised financial system.

Native to the internet, crypto is global, accessible to all, decentralized, self-regulated and now unstoppable. Crypto’s lack of government interference is its strength. It is a real free market, that is open 24/7 and provides everyone with the same tools and access. In fact, it is in many ways superior to the traditional financial rails and is seeing increasing adoption.

For the unconverted, cryptocurrency might seem like ‘made up money’, but all money is. It is a shared fiction we use as a medium of exchange and it is just who is backing it that gives it any semblance of legitimacy. In ages gone by, the state backed, controlled and orchestrated the money supply but, as has been realised through countless examples, centrally planned economies don’t work. So why do we think centrally planned monetary systems do?

The fact is that now we have a free market in central banks, Bitcoin is the central bank of the digital age and it is an algorithm, that is transparent, auditable and predictable. There will be rivals and the most productive one, the one the people choose to use as their currency of choice, will win, instead of the one dictated to us by policy wonks who have their own agenda.

It isn’t just situations like the Gamestop saga that are strengthening the case for cryptocurrency. The recent trend for governments to print money at will has further reduced confidence in fiat currencies. The value of something of which there is an unlimited amount tends to zero, which means we will likely see our pounds become less valuable in the years to come. Indeed, plot the purchasing power of sterling versus bitcoin over the last 10 years and see what you find.

But you know what the government can’t print an unlimited amount of? Bitcoin. Its scarcity is its strength.