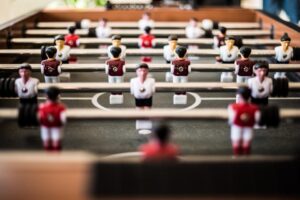 Founders, Leadership Teams And The Glue That Binds Successful Startups

Building and running a high-performing team is no easy task, particularly during a crisis. Many leaders are struggling to adapt to the new operational norms imposed by the pandemic. According to some experts, management itself is facing an existential crisis.

While startups are often lauded for their operational agility, the truth is that many founders are finding it similarly challenging to keep their teams performing effectively during these testing conditions.

And, with COVID-19 likely to remain a disruptive force for some time, understanding the dynamics behind effective team management and applying them to a remote-first environment is going to be critical to ensuring that these startups can survive and prosper in the long run.

No two startups are identical, and the manner of their formation often goes a long way to determining the management approach that they end up adopting. Sole founders have to firmly grasp all strategic and operational responsibilities themselves, building an organization around their singular vision, and often relying heavily on external sources of expertise to provide a sounding board as they grow.

In contrast, startups with multiple founders tend to divide and conquer these roles and responsibilities from the outset. Ideally, these areas will play to the individual strengths of each founder, but usually it is a ‘best fit’ approach to ensure that all bases are covered up until the point that further leadership hires can be made.

Of course, the question of whether it is more prudent (and profitable) to set up as a sole founder or to embark on a collaborative venture has been much discussed over the past ten years. Some studies have suggested that single entrepreneurs are more likely to succeed than those who co-found businesses. However, a quick look at the most successful startups of the past decade suggests there is an inherent advantage to partnering up, providing it’s the right partnership. Dropbox, Instagram and Hulu had two co-founders; Facebook and Airbnb had three, Twitter four and LinkedIn five.

“It’s not an exact science. I have seen both sole-founded businesses and co-founded businesses that function successfully and others that are far less successful,” says Risto Rossar, Founder and CEO of digital insurance software platform Insly. “However, the startups with multiple founders who work well together and complement each other do tend to have a higher likelihood of success.”

Since the start of this crisis, many sole founders have found the isolated nature of their roles particularly hard going. It can be lonely having to deal with myriad problems and make tough operational decisions without any peer support. As Virraj Jatania, CEO of inclusive banking provider Pockit, puts it, “As a sole founder, the buck stops with you, whereas with co-founders, while it doesn’t make the tough moments easier, it makes them more manageable. That is why it is so important for sole founders to focus on building out a team of great people – at exec level, and at a board and advice level – to share the burden.”

Recruiting the right leadership team is a high stakes enterprise. HBR research shows that 60 percent of ventures fail due to problems with the team, with too many startups hiring based on experience alone, when in fact, “…Experience and expertise only lead to better performance if team members share their knowledge and have a common vision for the company.”

The process of building out a team also requires founders to demonstrate an acute awareness of their strengths and weaknesses and plug the gaps accordingly, without going too far and making hires that are not needed at this early stage of the business.

Ulrich Schmidt, CEO of content marketing tech provider prettysocial media, explains that, “Hiring too many managers too early creates an overload of structure, but at the same time, there will always be certain core expertise that you don’t have. I think it is also very important to have outside expertise involved from an early stage to augment your internal team. You need to bounce ideas to see if they stand up to external scrutiny.”

Other questions include where to look for the most appropriate talent, in what order to make these essential hires, and of course, how to go about leading the business in a way that plays to everyone’s strengths.

Successful teams have an innate sense of internal cohesion and are aligned around organizational goals and culture. They are constructed around well-defined roles and responsibilities and flexible enough to prioritize and pivot whenever needed. They are built upon mutual trust – at all levels – and confidence in the leadership, which in turn requires leaders to be able to communicate clearly, again and again, to ensure that objectives are understood by all.

Beyond all of this, leaders also need to inspire their teams and lead by example. The recent Netflix/ESPN documentary ‘The Last Dance’, which culminates in the story of how Michael Jordan inspired his Chicago Bulls teammates to their fifth NBA championship win, offers a fascinating look at the excruciating pressure to perform felt by individuals at the very top of their profession.

The challenge is that ongoing team leadership inevitably requires trade-offs, particularly where sole founders are concerned. Prioritize one element of the job, and there is less time and attention to dedicate to another. This is why it is so important that founders bring in a range of complementary skills and expertise to support them.

For example, as an activist VC our business exists to identify, nurture and build companies. When there are problems, our job is to be on hand to roll up our sleeves and support the leadership – this requires close, trusted working relationships with founders, allowing us to become a natural extension of their existing leadership team.

Of course, founders also need to think about the fact that, try as they might, they will not always have the time to be hands-on with their teams on a day-to-day basis. This responsibility will almost certainly have to be shared or delegated if the business is to grow.

The glue that binds the team

Didier Deschamps, one of only three men to win the soccer World Cup as both a player and a manager, was once described by his teammate Eric Cantona as ‘the water carrier’.

Far from being derogatory, the flamboyant French striker was highlighting Deschamps’ understated but pivotal role within their team. It was his awareness, tactical nous and understanding of the ‘rhythm’ of the team that allowed the more celebrated players to go on and flourish. He was a key cog in the machinery, despite rarely drawing any plaudits for himself.

According to Schmidt, organizations need ‘water carriers’ to enable their teams to perform at the highest level. “Every business needs someone who is willing to go the extra distance for the company. No founder can do everything themselves, and I have seen great leaders fail because they stop after 90 meters of the 100 meters race. It is often the water carriers that get them over the line. These individuals need to be empowered to do what they do, and valued for it so that their unique skills are kept within the organization.”

Within larger organizations, this is a role that is tailor-made for the Chief Operating Officer (COO). However, within startups, the case for appointing a COO is less clear cut. Justin Fitzpatrick, CEO and co-founder of real-time business insights startup DueDil, began his tenure at the company as COO. He explains that, “There are differing opinions on whether a startup even needs a COO. There are very successful VCs that argue you do not need a COO until you are at 50+ people. Part of the problem is that the title can mean a lot of different things, and the responsibilities and skills vary considerably by industry.”

The role of COO is certainly open to interpretation. Depending on the business, it can be defined as everything from ‘executor’ and ‘change agent’ to ‘mentor’ or ‘MVP’ (most valuable player) – the team member promoted to the role because they are deemed too critical to lose to a rival.

During these challenging times, some startups will benefit from having a COO in situ, simply because the best COOs tend to improve everything they touch. They manage others effectively, both upwards and downwards; they install the right processes and people to drive growth; they maintain a constant focus on risk assessment and mitigation – a vital quality given the current climate. This is all the more important given that so many startups are currently operating remotely, and it isn’t physically possible to bring everyone into the same room together.

Further, in fast-growth companies, there are always multiple areas to monitor and address, above and beyond core process and people management. These include go-to-market strategy, scaling challenges, competitive threats, partnership opportunities, and much more besides. The exact details of the COO role may depend on business type, growth stage or product set, but the overarching function will almost certainly be the glue that binds everything and everyone together. Fitzpatrick continues, “Often, the COO is there to complement the CEO, making up for his or her shortcomings, and allowing the CEO to focus on the things that only the CEO can do.”

Good COOs are chameleons that adapt to suit the needs of the business and its key personnel. Like Didier Deschamps, they are acutely aware of the strengths of the wider team and they focus on playing the role of water carrier so that those around them can flourish.

But as Jatania points out, it is the role, rather than the title, that is important. “The COO role can exist in businesses like ours, but we have adopted an approach where there are multiple areas that require deep operational expertise, so we have specialists in each of those areas. However, it is still vital to have an internal facilitator, always visible but not needing the limelight, who just makes things happen. We’re fortunate that our VP Product has naturally grown into this role – it’s certainly hard to envisage an outside hire being as effective.”

Is a COO a smart startup hire?

Over the course of our ongoing relationships with startups, we often find it is the COO that fulfills the role of quiet hero, alerting us to danger and inviting us to share our knowledge. Keith Rabois, one of the architects behind Silicon Valley luminaries such as PayPal and LinkedIn, has likened the role to that of an emergency room doctor, responsible for quickly assessing which emerging issues may be fatal if they’re not swiftly addressed, and then quietly seeking effective solutions.

But equally, as the extent of the global downturn becomes apparent, some CEOs are finding it more useful to remain heavily involved in day-to-day operations. As Rossar describes, “Having a strong COO gives me the possibility of avoiding distraction by operational and managerial issues, but on the other hand, I do not feel the company pulse so clearly anymore. During periods of crisis, the need to feel this pulse and make decisions fast clearly outweighs the other issues for me.”

As I mentioned at the start, no two startups are identical, and there is no set formula for founders to refer to when creating their management structure. But one thing is for sure: whether it is the COO or another key member of the team, every business will benefit from identifying a water carrier within its ranks – the person that shows up with the glue.