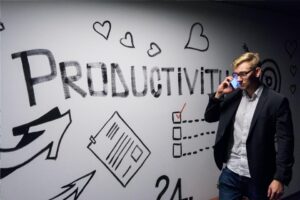 Ask any seasoned startup founder and they’re likely to have a horror story about managing a startup board. “I once had a board member who would come into every board meeting and argue an incredibly strong point of view,” recounts Joe Cohen, serial founder of businesses including Seatwave, who now chairs a number of fast-growth businesses. “And then the next meeting he would come in and argue the exact opposite. It was hugely disruptive, but I couldn’t get rid of him.”

Cohen’s experience is not uncommon amongst startups, most of whom start to think seriously about their board once they raise angel or seed funding. Investors are usually offered – or request – a board seat in exchange for their cash, and the increased governance brings a whole set of new responsibilities and challenges – which aren’t always welcome. Many early-stage entrepreneurs feel that they have enough on their plate already, without justifying their decisions in board meetings every month.

But done right, a board can be a huge asset for founders, giving them access to external expertise, senior experience, and skills that they may lack within their own team. It can help with decision-making, hands-on business development, and act as a driver for growth. Yet, there are a number of common mistakes that founders and directors make, which mean that boards fail to add the value that they’re capable of and, in extreme cases, actually cause more problems than they solve.

A common misconception amongst founders is that the board is a forum for reporting, with no time given to discussion, insight, or planning. Boards do of course have a governance role, particularly when it comes to big decisions around fundraising, budgeting, and M&A. But their real value lies not in looking backward through reporting, but in planning for the future, solving problems, and adding value around strategy.

Scanes Bentley, an independent chairman and non-executive director, says that this is particularly the case when businesses are at a very early stage. “If they’re a smaller business they want contacts and rainmaking, along with support and advice about raising money,” he explains. “Governance is normally third or fourth on that list. They’re under no obligation to show clear documentation all the time, particularly in the early stages.”

As a result, much of the work should be done between meetings, through an ongoing dialogue with board members about challenges and strategy, while meetings are used to consolidate and finalize decisions. Furthermore, founders shouldn’t expect to introduce anything new in board meetings but should have thoroughly prepared the ground beforehand, to maximize the time they have.

“More inexperienced founders often think that decisions get made at board meetings,” says Cohen. “But actually, the meeting is just about codifying decisions that have already been made and discussing key challenges facing the business. It is never good to introduce completely new information at a board meeting, so don’t send something right before and expect a decision, because it just won’t happen.”

Another common issue is that startup boards are allowed to become too big and cumbersome, as founders bring in more and more investors, all of whom are offered a board seat as part of the deal.

“I’ve seen up to eight investors on a startup board, plus the two directors before they even think about having an independent non-exec,” says Bentley. “A couple of years ago it was seen as being quite cool to be on the board of a talked-about startup…. but when you’ve got an overloaded board you have a lot of egos and it’s hard to get any value out of it.”

Experts recommend that around five board members is ideal – an odd number to make voting decisive. Founders should therefore do a regular review of who will really add value as the business evolves and have an honest conversation with their board members about whether the relationship is still working for both parties. And when there isn’t space on the board, but investors are keen to be involved, a good compromise is to appoint them as observers or members of an advisory panel, to limit the number of people who have a controlling role.

“Board observers are probably the most infrequently used, prized thing that founders can do more of,” says Sujay Tyle, Co-Founder and Former CEO of the recently acquired Frontier Car Group. “You have to invite them to meetings and have them in the room, but you don’t have the complexity of them having to vote, and you still get all the value-add, more than just a typical investor. I would encourage founders to use board observers more liberally than they are probably used to doing.”

Boards can also become a power game between egos to show who has control, rather than being used as a tool that adds real value to the business. If an investor decides to throw their weight around, founders understandably find it hard to put their foot down and this can lead to them feeling bullied and, in some cases, pressurized into making the wrong decisions for the business.

According to Bentley, this is often the consequence of having too many board members: “Everybody is trying to be the smartest person in the room, and it ends up being a quasi-management team and it’s hard for the CEO and CFO to push back against these very successful people,” he explains. “And although it’s usually done in a nice way, you often get people trying to showboat and the CEO comes out feeling beaten up, or that it’s a waste of time.”

Board members aren’t there to tell founders what to do, but instead to listen and offer advice, based on the context provided by the management team. Roelof Botha, Partner at Sequoia Capital, who currently sits on the board of Eventbrite, Evernote, and Tumblr, amongst others, had it right when he said: “A board member doesn’t have the nuanced detail, hence should be careful in terms of being prescriptive…. they should be shock absorbers, not amplifiers.”

Ulrich Schmidt, CEO of Pretty Social Media, believes the key to keeping the board under control is to ensure that roles are clearly defined at the outset: “The board should be involved in strategic decisions, for example budgeting for an expansion or a new product,” he explains. “But they shouldn’t get involved in operational or HR decisions. And if they are getting involved in execution then there needs to be clear accountability, and management needs to be in charge.”

This is something that less experienced board members sometimes struggle to grasp, so first-timers need to listen a lot and ask careful questions. The chairman or independent board member also has an important role to play in helping to control meetings, ensure discussions stay focused, and rein in anybody who oversteps the mark.

“As an independent, my role is often, initially politely and then less politely, to try to shut down unhelpful conversations,” says Cohen.

The above issue can be exacerbated by the fact that startup boards are frequently staffed by the wrong people, often because founders want a ‘name’ on their board, irrespective of how much time that person will put in or how much value they will add. As Kate Zatland, Founder and Managing Partner of Forme Partners, a board headhunting firm, says: “A lot of the time, if you look at venture-backed businesses, it’s quite a lot of optics rather than getting down to what you’re trying to achieve and what’s needed.”

Instead, startups should think about the skills and recent experience they actually need, based on what their short-term objectives are, for the next 12 months or so.

“At series A to C, you need people who are really going to help advise on a hands-on basis, rather than give a birds-eye view,” Zatland explains. “So, for instance, if you’re talking about European expansion, you wouldn’t get somebody who has global US experience with several exits under their belt. You just need to think about how you conquer Europe.”

Nina Nærby, Managing Director at Leadership Advisor Group, advises startups to map out the competencies they need in the business, based on where the current gaps are, so they can identify board members who complement the current management and investor team. “Once you’ve got your investors, map it out so you can see what competencies you have and what you are lacking. Then with the last couple of board spots you can be really specific,” she explains.

Schmidt agrees, explaining that he only takes on board members who can contribute something very specific to the company. “We always have something in mind when we’re looking for a board member, whether that’s access to the market, technical knowledge, or access to a partner network. We define a project for them to help with and agree how they will do that and how long it will take, and we hold them accountable against certain targets. We need someone who is working, and if they aren’t working, that they can at least open doors.”

Like any team, company boards benefit hugely from having a diversity of voices involved, however, research shows that 75% of companies between Seed and Series B only include management and investors, without an independent director. And while a lack of independents won’t always be an issue, particularly when founders and investors have a strong relationship, it can make it more likely that the board won’t act in the best interests of the company.

“Having an independent board director, appointed by the founders, is something I didn’t do early enough,” says Tyle. “These are folks who can bring a tremendous amount of value-add, and you can typically get an industry veteran… and they represent the founders’ interests. So, it’s another advocate for you.”

Furthermore, even when boards do include independents, there is a tendency to hire from within existing networks, without thinking about bringing in people from a diversity of backgrounds. The result is one-dimensional thinking and poorer decision-making, while Nærby argues it can also increasingly impact fundraising: “It isn’t good to have just British, white, male if you want to attract investors,” she says.

Like every aspect of starting a business, getting the maximum value out of a startup board can be a steep learning curve, and each founder, or founding team, has to develop their own style and decide what works best for them. But dedicating time to getting it right early on, and then nurturing your top team as the business evolves, will ensure you always have the right support – whether that’s in the boardroom, via Whatsapp, or on Zoom – to make your business the best it can be.