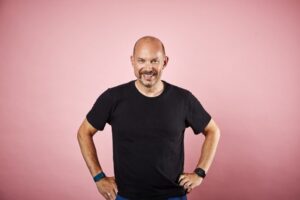 Despite some concerns about what it could mean for competition, the FinTech sector is seemingly happy about the announced merger between Crowdcube and Seedrs.

Crowdcube and Seedrs are merging. The deal would mark the end of a rivalry that has been going on for years. The two crowdfunding platforms have been competing ever since Seedrs launched in 2012, three years after Crowdcube did.

Yet, despite the professional rivalry between the two UK companies, they have now decided to join forces. “We are both FinTech pioneers that have challenged the landscape of capital raising in Europe, building marketplaces for private equity investment,” said Jeff Kelisky, CEO of Seedrs. “We believe that you need to be a player of greater scale to serve companies and the investors who support them. Now is the right time to bring our strengths together, in order to meet our common mission to deliver a step change in the accessibility and efficiency of private company investing.”

Darren Westlake (pictured), co-founder and CEO of Crowdcube added, “Together with Seedrs, we can accelerate plans to further expand in the UK and overseas, launch innovative new products and improve our customers’ experience.”

In the past nine years, over £2bn has been invested in campaigns run on the two platforms. Moreover, they have helped more than 1,500 companies secure investment, including FinTech companies like Revolut, Anna Money and Freetrade.

And the FinTech industry stakeholders we’ve spoken to have been optimistic about the two companies becoming one.

“Despite issues from a competition perspective, which could spark a rise in fees, the Seedrs and Crowdcube merger is primarily a positive development for the sector,” argues Denis Shafranik, partner at investor Concentric. “Crowdfunding, despite all its shortcomings for due diligence and transparency, democratises venture investing, giving opportunities to startups that perhaps wouldn’t otherwise be able to raise funding.

“If the merger means the combined entity will have greater capacity to invest into building a deeper private company exchange and network of advisers, it would further strengthen the startup and venture ecosystem.”

The deal is expected to be completed by late 2020 or early 2021, pending on the approval of the UK Competition and Markets Authority, the Financial Conduct Authority, the court and shareholders of the two companies.

The merger will see Crowdcube acquire all the outstanding Seedrs share capital. The deal will divide the shares in a 60-40% split in favour for Crowdcube’s shareholders, reflecting the approximate valuations of the two companies based on each of their most recent fundraising rounds.

To John Auckland, founder of TribeFirst, a marketing communications agency focusing on equity crowdfunding, the split makes sense. “Crowdcube has arguably greater brand awareness, has more geographical coverage in terms of investors and has proven it can attract fast-growing companies with very large communities,” argues Auckland. “On the other hand, Seedrs, as second mover, was able to build a more robust platform and can support campaigns in more countries.

“Ultimately having two major players means founders will often encourage a price war and the winning platform would be forced to lower their fee or lose the deal. This race to the bottom is bad for the industry as a whole and I believe it has stagnated growth and functionality of both platforms. In this respect I believe FinTechs will pay slightly more in the future, but get a better service for it.”

The merger could also be seen as a sign of the crowdfunding sector maturing, with the combined Crowdcube and Seedrs entity marking the next step of the industry becoming a true tour de force.

“Hence, a merger can give both platforms economies of scale, creating a single conduit for companies of all sizes to seek funding. A number of social companies that became successful started with crowdfunding. FinTech requires connectivity to financial networks, hence crowdfunding is effective only when a company already has a foothold in the market and seeks better awareness.”

Simon Rabin is the CEO and founder of Chip, an automatic saving app that raised £11m from over 8,000 investors on Crowdcube the other month. He is also optimistic about the merger. “This is fantastic news for the UK’s entrepreneurial sector,” he says. “Companies like Chip have benefited tremendously from building large engaged customer communities who have become investors in the business along the way.

“The merging of Crowdcube and Seedrs and the creation of the biggest possible audience for aspirational companies to reach as customers and investors is fantastic news for the industry. In essence, a bigger audience to build bigger communities is good news for entrepreneurs.”

Looking at Chip’s own raise, Rabin says it is great example of why crowdfunding platforms are important generally. “I firmly believe that the most powerful way for a business to grow is to have thousands of investors advocating something they believe in,” he tells FinTech Global. “Our investor community has helped us get where we are now in more ways than simply investing.”