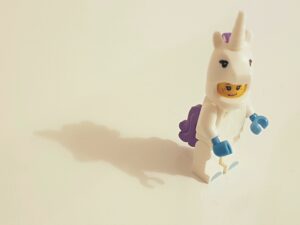 European Startup Valuations Are Booming – But What About The Future Pipeline?

The pandemic has exposed value chain frailties and stress-tested all sectors and industries. Innovation has become the new arms race, with rapid digitization and consumer tech adoption accelerating by as much as seven years since Covid-19 hit in early 2020. The European tech ecosystem has thrived as a result, with the combined value of the region’s leading tech companies experiencing growth that would otherwise have taken several years to achieve.

Where tech has led, European VC has followed, with capital flows rising dramatically throughout 2020 and ‘21, despite COVID-19 uncertainty and macroeconomic volatility. According to Dealroom’s latest report, Europe is the fastest-growing major region by venture capital investment – outpacing both the US and China – with startup funds growing by 2.9x YoY to €49 billion in the first six months of 2021 alone. At this pace, total deal value could land near the €100 billion mark by year-end.

But, while positive, this rapid growth also raises some important questions. What is driving this huge influx of capital? And, with valuations on the rise, what impact will this have on the long-term health of the European ecosystem; its ability to live up to the hype, but also maintain this success and momentum in the years to come?

An influx of new venture players

The European VC landscape has changed dramatically in the last few years, as more non-traditional venture investors, such private equity and large hedge funds, have entered the ecosystem. Names such as Tiger Global, SoftBank, and Coatue have become regular features of the deal news, attracted by a high demand for capital, more moderate risk, and the promise of strong returns from long-term investments. With tech startups staying private for longer, the result is VC deals that more closely resemble private equity growth deals of the past.

Added to the mix, US & Asian VCs have also expanded their footprints into Europe, looking to take advantage of lower valuations. Government initiatives such as the UK Future Fund (£1.1bn), France’s €4bn support fund, and the German €10 billion Zukunftsfonds, have pumped additional funds into the sector and, not to be outdone, corporates and SMEs have also become involved, either through direct investments or corporate funds. Competition for the best deals is intense and valuations are being pushed up significantly as a result.

All these additional funds mean that unicorns are no longer a rare occurrence in Europe, with the region boasting 70 as of May this year, and a total of 296 since 1990 – 20 more than China. We’ve proven that billion-dollar companies can be created across a selection of geographically disparate hubs, while fewer founders are choosing to uproot to the US to source investment, scale, or IPO. Europe’s public markets saw their busiest first half in recent history this year. Outsized deals are no longer outliers in the European VC ecosystem as multimillion-euro rounds are increasing in value and regularity.

But are the fundamentals right?

But while high valuations and deal sizes are great PR, they should also be approached with some caution. Yes, more money means more flexibility to test new things and potentially develop better or more products faster. But, on the flip side, the higher the valuation and deal size the greater the need to perform and grow quickly, to ensure that investors will see their exit returns. A huge valuation can put founders under more pressure than they’re ready for and, with a greater tendency to misallocate funds, businesses can become uninvestable if the team fails to drive sufficient value to justify future rounds.

Competition among VCs is also increasing the risk, as deal pace has gone up and closing times reduced significantly. There are examples of where due diligence is completed in three days, rather than three weeks, making it much harder to assess the finer details of a business or deal, come to a realistic valuation, and put safeguards in place to avoid future problems.

Skewed exposure and supply of capital

Another consequence of the rise in competition is that late-stage capital now dominates, with lots of investors focusing on the most hyped-up companies and momentum investment names. The pandemic also encouraged this shift by forcing investors to make decisions remotely, making them less inclined to take a risk on younger or lesser-known businesses.

This has skewed the focus towards more established companies, demanding larger amounts in highly competitive and – in many cases – highly risky deals, while taking attention and funds away from early-stage venture in Europe. According to Beauhurst, the number of companies completing first-time deals declined by 36% in the UK and 50% in the EU between 2018 and 2020, while the total capital raised at pre-seed level dropped by half across a similar period (from €446m in 2016 to €213m in 2020). These early-stage businesses are the lifeblood of the ecosystem. So, while the top line figures show a positive picture, the current high valuations and shift to later-stage could pose a real risk to the long-term health of early-stage venture and startups in Europe, if not addressed soon. In the excitement of rapid growth, we should not ignore the fact that we need to keep building European-led and funded investor hubs, which prioritize earlier stage ventures. Otherwise, we could find that next time we check, our pipeline of future unicorns has dried up.