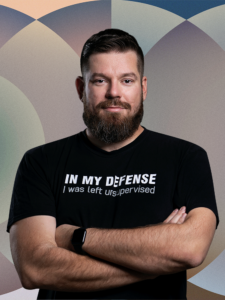 Bolt.observer monitors and analyses the ‘nodes’ that run the lightning network globally, enabling node operators to respond instantly to any changes in availability or performance. We spoke to CEO and Co-Founder Aljaz Ceru to understand his passion for bitcoin and why ensuring the reliability and predictability of the lightning network is key to helping bitcoin realise its world-changing potential.

What was the inspiration for Bolt Observer?

My interest in bitcoin began many years ago when I was trying to send money overseas and was hit by the reality of walled gardens and limited access to financial services. Coming from a small central European country, Slovenia, I had a hard time accessing popular payment platforms as our country was not supported by them.

After a decade of working in infrastructure and systems integration, I started experimenting with lightning network development in 2019, when the network was at a very early stage. I felt it had tremendous potential to become a viable alternative to our existing payments infrastructure. Still, as I experimented, I noticed missing functionality that I knew would be essential for businesses using the network.

Finally, here was an opportunity to marry my systems engineering background with my love of bitcoin, and that’s how Bolt Observer got started!

Why is the lightning network an improvement on our existing payments infrastructure?

Currently, the transfer of value relies upon closed payments ecosystems. It’s an archaic and inefficient model in which it’s impossible to make direct connections between these walled gardens without using expensive intermediaries.

In contrast, the lightning network is an open ecosystem that allows anyone with an internet connection to instantly transfer value to anyone else. The network provides a frictionless way of transacting value, with no one gatekeeping you or preventing you from participating.

And because frictionless transacting carries significantly lower overheads, it allows for the creation of radical new business models built around microtransactions. With the lightning network, a business can charge tiny sums – e.g. a publisher charging on a per article basis – without incurring prohibitive payment processing fees.

Finally, by removing the traditional gatekeepers of these payment ecosystems, the lightning network can bring vast new audiences into the digital world. Think about local merchants in emerging markets who can’t get a bank account because they don’t have a credit profile, forcing them to carry on transacting in cash only. Going forwards, these merchants won’t need a bank account to trade digitally – all they need is their phone.

What sort of services does Bolt Observer provide?

To date, lightning network infrastructure has been built by a diverse mix of individuals and organisations – from established businesses to enthusiasts hosting nodes from their homes. However, organisations looking to move billions in value over the network will require nodes that are closely managed and monitored. It is a very complex business, and we aim to take this complexity out of customers’ hands.

In the first instance, we deliver a monitoring service that shows lightning network node operators how their nodes are performing and alerts them to any availability issues.

As we build out our suite of tools, we’re moving from monitoring to proactive management, helping customers figure out how they can improve node performance, manage liquidity or identify other opportunities to optimise how they deploy capital over the network.

Why is monitoring and network optimisation so important to encouraging adoption?

Ensuring your node is reachable is the first thing you need to process a financial transaction over the lightning network. Until now, node operators have had to carry out this monitoring themselves. However, it’s much easier and better to outsource it to a third-party such as ourselves that can resource the task properly, as this dramatically improves node reliability.

However, the even bigger issue is that the lightning network is not currently optimised to reflect real-world connections. For example, if you’re a merchant in El Salvador, where BTC is legal tender, your priority isn’t achieving global connectivity. Instead, you need the best possible connectivity across your local economy, with a few secure, frictionless gateway connections to the global payments ecosystem.

Unfortunately, while the lightning network infrastructure exists locally, it’s not currently being optimised based on parameters that reflect how real economies work. Our goal is to help more businesses optimise their nodes for reliability – i.e. the most straightforward route to make each payment – and predictability, so they get the same experience with every transaction.

Predictability is the key to widespread lightning network adoption. You have to deliver a significantly improved, consistent experience to get people to move from one system to another.

Alongside Bolt Observer’s activity, what other work is needed to help the lightning network fulfil its potential?

The entire bitcoin space could benefit from a better UX. Particularly in the case of the lightning network, the UX has to be significantly simplified before it becomes ubiquitous.

In the long term, end-users shouldn’t even know that they’re using the lightning network. After all, most people don’t think about payment networks – they just want to go ahead and pay for their coffee!

Operating at an infrastructure level involves a lot of technical complexity. How do you go about explaining what you do to investors?

In some of our initial investor conversations, we were asked about our plans for releasing our own token, which was a bit of a wake-up call!

Hence, we realised pretty early on that we needed to target investors who were already involved in, or at least well-familiar with, bitcoin or the payments space. But at the same time, while we’re operating in a brand new technology area, we’re building a SaaS platform, so it’s a very familiar business model for investors to consider.

How did you first come across Timechain?

As we’ve progressed, we’ve deliberately prioritised investors who support the thesis that bitcoin is here to stay and the rest of the crypto world is mostly noise.

We were introduced to Concentric by a prospective client. It was fortuitous timing, as Timechain was just starting to take shape. We were encouraged by what we heard, and of course, we were delighted to see a dedicated European fund cropping up specifically to support the bitcoin ecosystem.

Where do you think Timechain and Concentric will be able to add value as an investor?

The lightning network is still in its infancy, and most of our clients haven’t even been created yet. It’s important that we’re backed by investors like Timechain who believe in the technology’s long-term potential.

Going forwards, to grow our business, we need to be getting in front of lightning network trailblazers before they commit to developing clunky, proprietary monitoring tools. We’re hugely excited about the door-opening opportunities that Concentric can provide via its extensive network.

In the long run, funds like Timechain, which have a dedicated focus on bitcoin infrastructure, will be incredibly helpful. Every new company in the space is a potential new client for us.

Finally, what will the world look like if bitcoin achieves its potential?

What we’re talking about with bitcoin is an opportunity to remove the arbitrary constraints that currently dictate how we move our money around and what we do with it. This will almost certainly make the world more connected. For example, people will be self-sovereign, meaning they’ll be able to move to different countries and work from different places.

We’ll also see radically new business cases enabled by the ubiquity of microtransactions, as well as the emergence of machine-to-machine payments.

Remember, in the early days of the internet, no one imagined what it would eventually become. For the lightning network, it’s the equivalent of being in 1995! People are constrained in their minds about what’s possible because they’re still stuck on the same rigid old payment rails. That’s what we need to change.