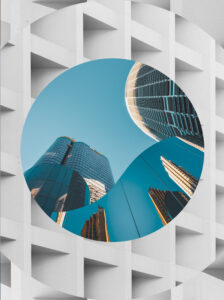 Photo by Kewal-D on Unsplash

VC is shedding its ‘ugly duckling’ reputation, as a rising number of investors and policymakers recognize the sector’s outsized impact on the economy, jobs, and standards of living. Record VC investment this year and new players in the market are further evidence of its vital role in driving recovery and a new golden age of progress following the pandemic.

Venture Capital (VC) has been one of the positive stories of the last year and a half, seemingly unaffected by the economic downturn, and even thriving, as digital uptake and innovation have accelerated. VC funding in Europe reached near-record levels during 2020, while 2021 has been even stronger, with tech startups raising nearly $300bn globally in the first six months, almost as much as in the whole of last year.

VC has become a top priority for governments, which are allocating capital towards startups like never before. The Future Fund, run through the British Business Bank, has invested 1.2bn in innovative businesses since it was launched in April 2020, while the European Commission (EC) plans to inject up to €3bn over the next seven years. Private players are also getting bigger, with asset managers such as Softbank and Tiger Global raising multi-billion-pound funds in recent months.

But it hasn’t always been this way. Historically, VC has often been perceived as the ugly duckling among asset classes, seen as too small, too risky, and too labor-intensive, compared to private equity, or hedge funds. Early-stage companies have few operating metrics to work with, so VCs base their decisions on the quality of the founding team, the product, and the potential in the market, rather than a quantifiable history of trading, growth, and profits.

VC is also still tiny compared to other asset classes. Even in the US where the industry is much more mature than elsewhere, VC only makes up 0.8% of GDP, compared to up to 5% for the private equity industry as a whole. Meanwhile, in the UK it’s just 0.6% and in the EU only 0.3%. But, despite its modest size, numerous studies show that when it comes to creating an economic and societal impact, VC punches far above its weight.

VC has an impressive history of helping to build world-leading companies. In fact, between 1980 and 2020, over a third of all IPOs (39%) were venture-backed. And currently, eight of the biggest 10 firms in the world by market capitalization were built with the help of VC firms; Apple, Microsoft, Amazon, Alphabet, Facebook, Tesla, Tencent, and Alibaba. Researchers have also found that the stocks of VC-backed companies grow more than twice as fast as their non-VC-backed peers, when tracked over a ten-year horizon.

The sector is also a huge force for innovation, enabling private companies to invest in untested ideas and technologies. Despite making up only a fifth of the public markets, venture-backed companies account for 44% of their total R&D spend, with much of this knowledge then ‘spilling over’ into the wider market. A study by researchers at the University of Munich found that the knowledge spillovers from VC-financed firms are at least nine times larger than those from general corporate R&D. As the US economist and Nobel Prize Winner, Kenneth Arrow (1995), once opined: “Venture capital has done much more, I think, to improve efficiency than anything.

For VC-backed firms, growth also translates to jobs, with research finding that over a 10-year horizon, these businesses will see a 475% increase in their employee-base, compared to just 230% for otherwise similar companies. In the UK, for example, in 2018, VC-backed businesses contributed £19.78bn to the economy and supported 570,000 jobs – equal to the number of people working across all road and rail transport services. UK employees at VC firms are also 60% more productive than the average, contributing £88,100 per annum to UK GDP compared to £54,700 elsewhere.

Venture capital may be the riskiest of the asset classes, but this willingness to take risks is what makes it so vital as a source of innovation and progress. By taking a focused approach to addressing the world’s biggest problems, VC is inherently impactful, through empowering the brightest minds to develop new technologies, products, and services, to improve lives and make the most efficient use of resources. More than any other asset class, it also ensures incumbent firms don’t become complacent, by driving competition, market resilience, and preventing abuse of market power.

Many have argued that global innovation is slowing down, but as Bloom et al noted: “In many respects, the venture capital industry appears to be a bright spot in an increasingly troubled global innovation landscape” (Bloom et al. 2020). And with increasing levels of cash being pumped into the sector, we have good reason to feel optimistic for the future.