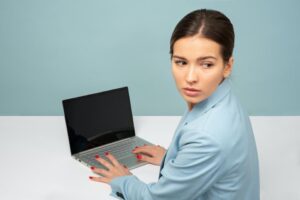 Investor FOMO To JOMO: How To Manage Startup Hype As A VC

It’s been a strange year for sufferers of FOMO (Fear Of Missing Out). With events, parties, and large gatherings off the agenda, there has been significantly less to miss out on than under normal circumstances – from a social perspective at least. But as a venture investor, FOMO is a constant companion. The fear of missing out on the next billion-dollar opportunity is one feeling that never really goes away.

Fear of failure is part and parcel of any investment activity, where big risks can mean big rewards – or serious losses if you bet the wrong way. And for VCs who invest in early-stage startups, the potential for FOMO is arguably even greater in than in other forms of investing, as limited trading data means much of the decision-making comes down to intuition or gut feel.

There has also been greater scope for FOMO in recent years, as competition for the best startups has increased. “There is so much more capital on the market, with so many funds and angels competing for deals,” explains Cedric Kohler, Managing Partner at Creathor Ventures. “It is more likely that somebody else will have identified an interesting startup.”

A rise in FOMO also stems from the trend for startups to create as much ‘hype’ as possible, as a way to boost their value and speed up investment rounds. A recent post perfectly captured the zeitgeist amongst entrepreneurs, offering advice on creating the maximum FOMO possible amongst VCs, claiming: “Generating gossip and FOMO isn’t 100% of successful fundraising, but it is often the difference between a fast process or a long death march.”

Startup advisor, Andy Shannon, agrees that this approach undoubtedly has its advantages: “As a founder… the key is having investors interested at relatively the same time,” he says. “Then if an investor thinks you’re a top company, they need to move quickly to secure an investment. That kind of market dynamic has benefits.”

What does FOMO mean for investors?

By creating a lot of hype and FOMO around their business, startups put pressure on VCs to make a decision quickly and offer better terms than they would do otherwise. Therefore, from an investor’s perspective, it can impact your ability to think clearly and make an objective decision.

“I rarely give in to investor FOMO because I think there are more negative aspects than positive,” admits Kohler. “Making decisions under pressure is when you start to make mistakes.”

Another argument against acting on FOMO is that it signals that a deal has attracted too much attention already. Max Samuel, Partner at SNÖ, an early-stage VC, believes that the job of an early-stage investor is to find the “secret” ideas; those “built on a contrarian insight, which many do not understand to be true, or have not yet discovered.” This means FOMO shouldn’t be an issue.

“Although many businesses that go on to be major successes appear obvious once the secret is uncovered, they can look pretty foolish at an early stage,” he explains. “We seek companies that are not born into competition but are doing something very different from what exists.”

Or as Johan Brenner, General Partner at Creandum, puts it: “What helps to navigate through daily VC life, is to follow my mantra: “if you invest in trends, you’re late to the party.”

A positive side to FOMO?

However, FOMO isn’t always a negative thing, and the ability to create this kind of hype can be a sign of a great founder, according to Brenner.

“If the founder is able to create FOMO for his or her business, he or she has already gained bonus points in our perception of being a great founder,” he argues. “Of course, you need to understand if the founder is authentic in describing the competitive dynamics. And, try to assess if you are the ‘guinea pig’ to create FOMO or one of the top choices of the entrepreneur.”

In fact, some VCs like to have the sensation of FOMO to give them the drive to act quickly and decisively, as Shannon explains: “Some make it more of a ‘habit’ to feel some kind of FOMO to validate a deal is good, while others take many months or even years to get to know a company before investing, and by doing so try to remove FOMO from their investment decision.”

Brenner agrees: “FOMO fosters the investor to get to conviction quickly and increase the performance of VCs. If you truly believe not only in the founder(s) but also in the company, embrace the fear and turn it into an accelerator of your motivation to win the deal.”

But while some level of FOMO is inevitable – and can sometimes be positive – when investing in early-stage companies, these forces shouldn’t divert VCs from what is really important, which is putting the right processes and foundations in place to build a successful portfolio.

That means getting visibility of the best deals, through attracting the most interesting companies, proactively going after promising startups, and getting in the deal flow. In fact, there are probably two types of FOMO: the fear of saying ‘no’ to the deal, and the fear of not even seeing the deal. I would argue that the latter is probably the bigger worry because at least you have had the opportunity to make the call, rather than being left out of the loop entirely.

Samuel agrees that getting visibility to the best deals is as, if not more important, than how you go about picking the winners, “Seeing the deal flow is about building a good network in the segment or region where you operate, getting to know the funds that you might co-invest with, and more importantly, expressing the message that you are founder aligned, founder-friendly and supportive,” he explains. “There aren’t that many companies that are built upon a “secret” insight and, as an investor, we want to get to a point where those companies reach out to us because they know we value unconventional thinking.”

Alongside deal origination, the right due diligence is also vital to giving you the conviction you need to execute on a deal. Recent press has underlined the need for venture investors to focus on speed, stating: “The average time for most VCs in Europe from first meeting to a term sheet is not measured in days or weeks, but usually months!” Yet it is vital to balance this with the need for discipline. After all, the typical venture-entrepreneur relationship will last 5 years or more. So why rush it?

Investors have to fight FOMO in order to put the necessary time into building strong relationships, checking the chemistry, and ensuring that both sides are ready for the journey. The same goes for entrepreneurs themselves who should be doing their due diligence to ensure they move forward with a VC team that can add value to their business, act as partners, and help solve problems. Rather than opting for whoever offers them the highest valuation or responds the fastest – however tempting they may be.

Listening to your inner voice

While FOMO never really goes away for VC investors, it does become easier to manage over time, as you gain some perspective and realize there is always the next deal. Experience also makes it easier to follow your instinct and, as Kohler says, have the ability to take a step back, and know how to interpret what your inner voice is telling you.

“At the end of the day, you can do as much analysis as you want, but it comes back to listening to that inner voice,” he says. “Mindfulness exercises, such as breathing and meditating, help a lot when making good investment decisions. FOMO is one of the biggest triggers of poor investment decisions.”

There are, of course, times where speed and sacrificing the ‘process’ will have a positive outcome, and investments will be good ones. But these are exceptions. All venture investors have a list of ‘deals that got away’ – and this will be for a variety of reasons. However, in most cases, venture investors should have the strength and conviction to stick to their process and playbook. Look beyond the FOMO and it may even turn into JOMO (joy of missing out!) when you realize that ignoring the hype was one of the best decisions you’ve ever made.