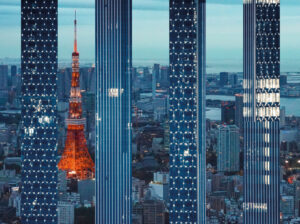 Big In Japan: How To Make It In The World’s Third Largest Market

For any European startup with unicorn ambitions, international expansion is essential. But there is a certain predictability to where European founders tend to focus when looking to go global. Most start with their European neighbors due to their proximity and cultural familiarity. Many opt for China or the US, due to the sheer market size or its unrivaled purchasing power. Some might look towards other English-speaking markets, such as Australia or South Africa. But it is rare to find startups opting for Japan.

Yet, as the third-largest market in the world, this represents a significant missed opportunity. A highly stable economy, Japan has enormous purchasing power; its population of 127 million enjoys a per capita GDP of around $41,000, just slightly less than the UK’s $44,000. Furthermore, the government has predicted economic growth of a healthy 4% in 2021, putting it in a good position to recover strongly following the pandemic.

As a society, the Japanese are technologically advanced and keen to adopt new innovations. But at the same time, there are many areas where Japan is behind the digital curve, bringing substantial opportunities for European innovators. One example is payments, with around 80% of transactions still made in cash. Fintech is another, with Japan’s megabanks still dominating financial services, yet lagging in digital services.

“The willingness of Japanese companies to consider international solutions is now really growing,” says Steve Crane, CEO, Business Link Japan. “They used to have a mentality of always trying to develop and build everything in-house. But they’ve woken up to realizing that they can’t continue with that strategy because the rest of the world is passing them by.”

“The lack of risk-taking was the primary view up until ten years ago, with young talent prioritising job security over taking a career risk on a startup. You also didn’t find entrepreneurial talent with international experience as entrepreneurs predominantly stuck to business within Japan, benefitting from its notable market size. However, things have changed significantly over the last ten years.”

Yet despite these opportunities, many international companies are still reluctant to expand into Japan, due to concerns surrounding cultural and language differences and worries about getting things wrong. Some may have been put off by those that have failed in the past, for example, Vodafone, Nasdaq, eBay, Carrefour, and Boots. However, on the flip side, there are also plenty of success stories to draw inspiration from; Apple, BMW, Microsoft, and Dyson, to name a few.

So, for startups that prefer to go against the grain, there are opportunities to be had, partnerships to forge and profits to be made in Japan if you approach it in the right way. Here are some key tips on how to make it:

Preparation and research are important when entering any new market, but this is particularly the case with Japan. Japanese consumers have very high standards in terms of the products and services they use, and their tastes and needs can be significantly different from those in Western countries, so it is vital to understand the market segment you are trying to serve, what works and what doesn’t, and the preferences of consumers, before making any firm plans.

Failing to do sufficient research was the mistake that Vodafone made when it tried – and failed – to enter Japan with the handsets that were popular elsewhere, not realizing that Japanese consumers had very specific preferences. In contrast, Dyson did its market research thoroughly and realized that a more compact vacuum cleaner would better suit the smaller homes in Japan, and designed a specialist range for the market. Consequently, the company has outstripped the popularity of even homegrown brands.

“Japanese consumers are not nationalistic in their approach, but they are looking for innovation and quality, and the standards can be extremely high, which can be challenging for EU companies,” says Landry Guesdon, a foreign attorney at IWATA GODO, a Japanese law firm, which helps international firms entering the market. “But once they have identified a good business partner who can contribute in terms of added value, they will certainly be interested.”

Educate yourself on the culture

Part of your upfront research should also involve understanding the culture, the written and unwritten rules of society, which can be significantly different from what Western businesses are used to. Japanese society can still be very formal and hierarchical, while decision-making processes can be much more complex and drawn out. This can cause issues during business negotiations.

“There can be lots of misunderstandings in negotiations,” says Guesdon. “Sometimes the person leading the negotiations is not the most senior, it’s the person with the language ability. Sometimes the Japanese team has no right to sign a deal so they’re just testing the waters. Also, the Japanese don’t say ‘no’ to the face of the counterpart, they might say ‘yes’, meaning I understand what you’re saying but not that I agree to what you’re saying.”

Foreign business should also be aware that Japanese people don’t readily show their feelings, so you won’t necessarily be aware if you have done something wrong.

“It’s part of the survival kit of the Japanese in a society where the population is very dense, so you cannot get upset or have a row with your neighbor, but you could be like a pressure cooker,” continues Guesdon. “So, people need to be cautious and careful that if a Japanese person is upset, they won’t tell you straight away. You have to read between the lines.”

On the other hand, Ito argues that many companies overestimate the challenges posed by cultural differences in Japan and shouldn’t let these concerns put them off. “As is the case in all economies, Japan has certain cultural nuances that differentiate it, however its core values very much align with those of other Western economies,” he says.

Furthermore, Guesdon argues that being a Westerner can sometimes be an advantage in negotiations, as it means you can “push things” in a way that a Japanese person wouldn’t. “Showing a little bit if you’re upset or frustrated can be done as a negotiation strategy. You need to keep the foreigner’s card in negotiation for when there is a deadlock,” he says.

The perceived complexity of entering the Japanese market, not least in terms of the language and culture, means that many companies are keen to find a partner on the ground, whether that is a distributor, an agent, door opener, or other representative. However, it is important to be selective.

“A common mistake is companies signing a deal with whoever comes first, getting caught up in that relationship and then realizing that they might not be the right one,” explains Naomi Takegoshi, Relationship Manager at FinCity.Tokyo. “It’s important that you find out where this Japanese company can add value, based on the market that you want to service and their access and expertise in that segment. And make sure it’s a good fit before committing to that.”

Ito says that foreign companies often make the mistake of expecting a partner, or door opener, to have all the answers to their challenges in Japan, without putting in the necessary groundwork themselves.

“As is the case when expanding into any international market, thorough due diligence is required to understand the intricate market dynamics involved,” he says. “There is no one silver bullet or door opener, like a specific consultancy for example. Japan is a complex market that requires a customized approach – the key to the successful international expansion of any company.”

Don’t rush and be in it for the long-term

One of the biggest cultural challenges that foreign companies face is the length of time that things can take in Japan. It takes time to establish relationships and the Japanese are famous for taking a consensus approach to decision-making, so contracts can go round and round for a long time.

While normal for Japanese companies, these ‘delays’ can cause impatience and frustration amongst foreign exporters, who have to be prepared for a longer wait than they’re used to. However, on the plus side, this lengthy consideration phase upfront usually means that implementation happens very quickly, and Japanese companies are then very loyal.

“Japan tends to be a very risk-averse culture and society, so they tend to get their decisions right,” explains Crane. “The challenge with that is that things take time. The Japanese mentality is to do their research, do their homework, invest in relationships and get to know things, before they make decisions. And therefore, the decisions are usually right. So, learn to be patient and keep your eye on the prize.”

The need for patience also applies to regulatory hurdles, which have a reputation for being greater in Japan than in other markets. However, many commentators say that this image is largely unwarranted and that the situation has greatly improved in recent years.

“In relation to financial regulation, there is a perception that Japan is difficult or unworkable, but I got my first license in about five months, which is likely faster than both Singapore and Hong Kong,” explains David Shirt, CEO of Astris Advisory, which advises financial firms looking to enter the Japanese market. “Financial regulations in Japan have tended to focus more on form than substance, so there has been a lot more emphasis on bureaucratic process, which doesn’t mean to say it’s hard but it’s different to what we’re used to in other countries. Regulators are making huge efforts to change things. Success comes to those who are patient.”

Shirt advises that having somebody to facilitate for you can be a huge advantage. “A lot of people think they can do it themselves, but quite often you need a guide,” he says.

On that point, another reason why making it big in Japan can seem a lengthy process is that businesses fail to appreciate the importance of networks in relationship building, establishing trust, and the value of being introduced to the right people.

“In Japan, it is very important to be introduced by a trusted person,” says Crane. “So, if you want to target Sony, being able to get a trusted person who knows the key people, to introduce you and vouch for you, that is worth its weight in gold.”

He also advises becoming a good listener, to understand the needs of Japanese partners and customers, rather than giving them the hard sell. “People tend to pitch and talk rather than ask questions. Your pitch shouldn’t be longer than 10 minutes and leave the rest of time for discussion and try to get a dialogue going.”

Local help is invaluable to facilitate these relationships, whether that’s from a partner, distributor, or another third party such as the UK trade arm, the British Embassy trade team. “Get local help and get it early,” says Crane. “That then overcomes a lot of those bigger problems, such as shortcuts to timescales and success, through getting the right introductions.”

Expanding to Japan can seem intimidating on the face of it, whether due to the cultural and language differences, or its sheer geographical distance from Europe. But, for those companies who put the time and effort into doing their research and planning, understanding the market, building the networks and relationships, and committing to it for the long-term, the potential rewards are huge. And with interest in foreign investment and technology on a high, the timing has never been better for making it big in Japan.